The Riddle Of Riddles In Hinduism

Salvaged from loss, neglect and deliberate oblivion, the survival of ­Ambedkar’s manuscript (albeit not unscathed) is miracle for readers and scholars alike 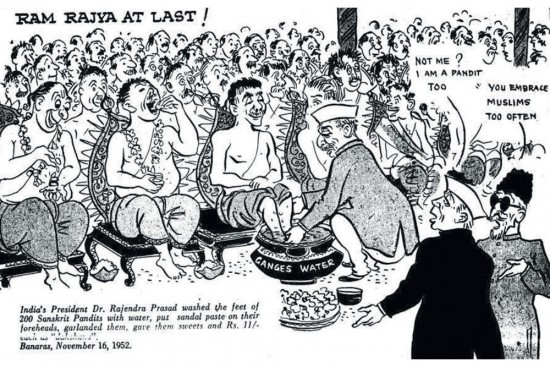 Riddles in Hinduism is one of his many works B.R. Ambedkar did not get to publish in his lifetime. As I began the process of selecting and annotating Riddles, the book itself posed a major riddle. While the first and second editions of an iconic work like Annihilation of Caste (1936, 1944) that Ambedkar oversaw to the last detail could be traced, we had no choice but to base our edition of Riddles on the version that appears in Vol. 4 of the ongoing multi-volume series called  ‘Dr Babasaheb Ambedkar: Writings and Speeches’, known by the acronym BAWS, produced by the Maharashtra government’s education department. The BAWS editors say at the outset: “We, however, regret that the final manuscript of this volume has not been found.”

How the Ambedkar papers come into the possession of the state of Maharashtra and how the state was literally forced into pub­lishing his works makes for an interesting, sad story. After he resigned from Nehru’s cabinet in September 1951 following the impasse over the Hindu Code Bill, Ambedk­ar’s last years in Delhi were spent at 26, Alipur Road, a bungalow he rented from the former Raja of Sirohi (in south Rajast­han). He lived here with his wife Savita Ambedkar, a Saraswat Brahman doctor he’d married in 1948 in his fifty-sixth year (a marriage the New York Times described as more significant than the wedding of a royalty to a commoner).