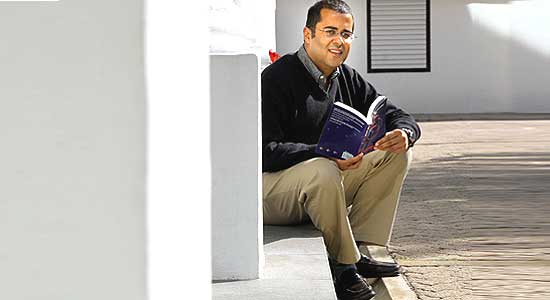 Like many in the literary world, I had ignored Chetan Bhagat’s novels. But I gave in and read his latest blockbuster, Two States, along with a million others (it has in a few months sold approximately that number, making it India’s highest-selling novel). Now I plan to go back to his previous work. Pulp fiction it may be, but Two States is, to my mind, one of the most striking (and I use this word with care) Indian novels I have read in the last few years.

There are two reasons why. Firstly, reading Bhagat’s novel—about the romance between a Punjabi boy and a Tam-Bram girl who not only have to woo each other but their respective families—I felt this was the first Indian novelist I had encountered who was writing with his roots in popular Hindi cinema. As the country’s most powerful form of popular culture, it’s surprising there has not been been more of this kind of writing.