The Shadow Of The Crab

A worrisome rise in the cases of childhood cancer—55,000 per year—pains hearts, draws tears 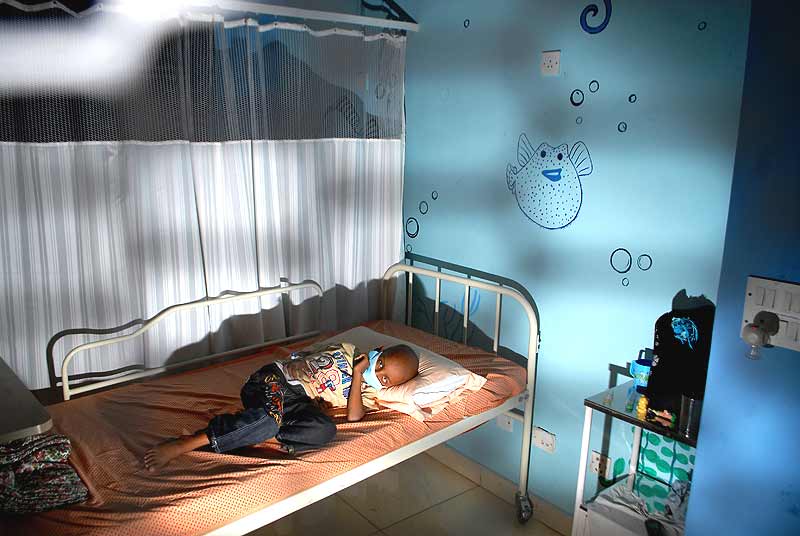 Nitish loves a red toy car and thinks eating Maggi noodles is a treat. He smiles through heavy sedation to get his photograph taken. The 12-year-old has been battling bone cancer for over six years now. Last month, his father, a farmer from Bihar, was told by doctors at the All India Institute of Medical Sciences (AIIMS) that he should take his son home as the cancer had reached an incurable stage. Now, Nitish’s skeletal body must fight the last and most painful stage of the disease with four rounds of morphine injections every day. All his parents want is for him to die without pain. In his child’s mind, Nitish believes he will be fine, there will be a tomorrow.