Celebrating K.G. Subramanyan, three days of music from different genres and Naseeruddin Shah and Ratna Pathak on stage together 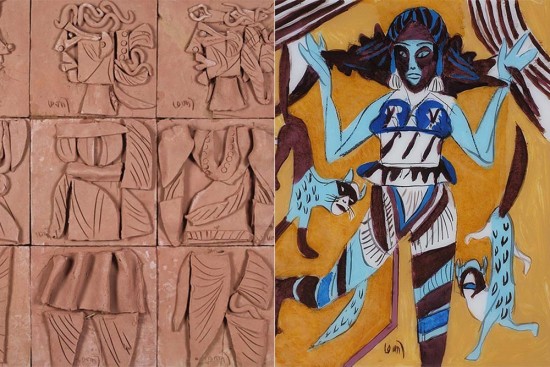 Delhi Art
In Line With The Master

The world of art lost a pioneer in K.G. Subramanyan last month. The 92-year-old artist’s versatile oeuvre is being celebrated in an exhibition titled Anatomy Lessons. Subramanyan was not just known for his pedigree on canvas but also as a poet, scholar and institution-builder. Over 60 of his works will be on display. The event also seeks to bring out the artist’s play with figuration, his varied ways of looking at life and his ability to constan­tly mould his works in keeping with his increasing awareness of the world. And keeping with the theme of exploring the man further, the exhibit will also have his poems, illustrated books for children, letters to eminent people and a video of images and material from his works in the late ’40s and early ’50s. Subramanyan used a spectrum of different mediums and materials in his sketches and doodles, adding to a vast trove of work. His works captured the delicateness of the Orientalist style combined with strands of the modern, pushing the limits of perception. The exhibit also brings his earliest works in oil and reverse painting on glass and acrylic. K.G. Subramanyan remains an inspiration and this is your chance to take a peek into the creative mind of a major artist. Till Sep 30, Kiran Nadar Museum of Art