On the day Bhindranwale was declared killed, I, a Hindu stranger, was at his house. No one killed me for looking Hindu, but Sikhs in Delhi were massacred for being Sikhs. 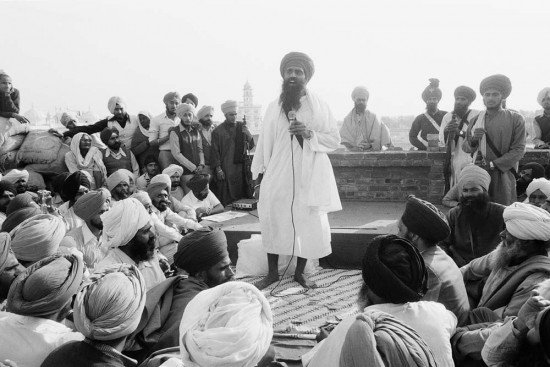 Getting from Moga to Rode turned out to be a long haul. I could not find a taxi. The bus services were still jagged. I found a bus that took me to Faridkot. After a longish wait, I found a tempo that took me further towards Rode. That ride still ended miles away from where I was told Bhindranwale’s home was. I wasn’t stuck for the lack of an address though—who in that area wouldn’t know Bhindranwale’s house? I just couldn’t find anyone to take me there. On that sizzling afternoon in June, not many were around at that small kasba—a sort of village town—where the tempo had dropped me.

Some people by the roadside told me Bhin­dranwale’s house was not far and pointed the way. I began walking. As always, kindly estimates of distance fell far short of the real distance itself—the Indian compulsion to be kind at such times always overrides any approach towards accuracy. I walked for what seemed a long time along the side of a road, confirming with anyone I could that I was headed the right way. Maybe the distance felt longer in that heat than it really was. I was getting close to exhaustion along the way when I found an unexpected lift.