From 'Rolex prasad' at Lalbaugcha Raja auction to Baahubali at Kumbh Mela, read this and much more in The Subcontinental Menu. 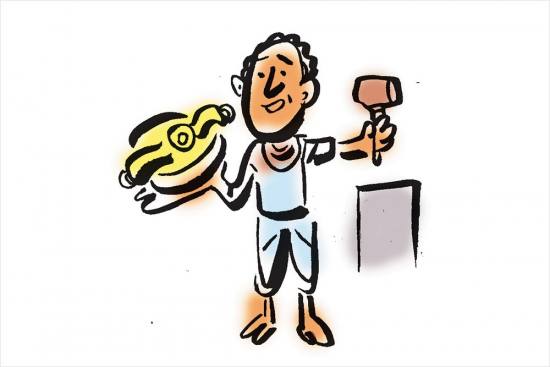 Blessed be the Rolex prasad. One of the Swiss watchmaker’s luxury offerings sold for Rs 4 lakh at this year’s Lalbaugcha Raja auction in Mumbai. The auction has been held every year since 1985 to raise money for various educational facilities run by the Lalbaugcha Raja Ganeshotsav Mandal, by selling off items offered up by devotees during the preceding 10-day festival. The mandal received 5.5 kg of gold, 75 kg of silver and Rs 6.5 crore in cash this year, with the auction then bringing the total up to about Rs 7.5 crore—a far cry from the record of Rs 11.5 crore set in 2008, the mandal’s 75th anniversary. Other notable items that went under the hammer include a 1.2-kg golden idol of Ganesha that sold for Rs 35.7 lakh and a gold bar that fetched Rs 31.2 lakh.