The Liberhan report too falls for the Hindu-Secular conundrum 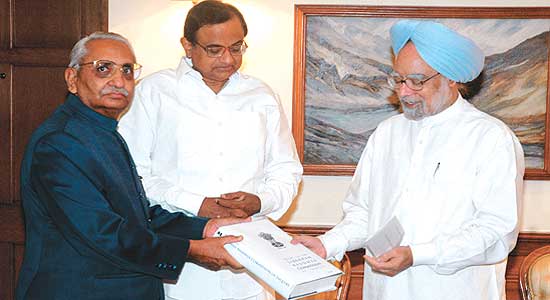 The document that we now know as the  Liberhan Ayodhya Commission of Inquiry Report tells us after 17 long years what all of us have known since December 6, 1992. It names and indicts the conspirators behind the Babri Masjid demolition, dismisses the theory of a spontaneous upsurge, and officially sanctifies Atal Behari Vajpayee as a pseudo-liberal. Its recommendations go nowhere, and given the current political climate, it serves little purpose other than for the Congress and the BJP to score a few political points. The size, structure and timing of the report makes it unfit for public debate and consigns it to a shelf full of similar useless documents. But as a piece of ‘literature’ produced in contemporary India, the report has a significance that goes beyond its intended purpose.

As a text, the Liberhan report mimics the way events unfolded in Ayodhya on December 6, ’92. Politicians at the time behaved as if the events of that day were a bolt from the blue that shattered all our moral, ethical and political categories. In the face of an overwhelming sense of reality, politicians exhibited a misplaced sense of innocence. The demolition of the mosque unleashed a well-orchestrated mechanism of repression and dissociation. Vajpayee resigned from his party post, and then withdrew his resignation, with alacrity. Lal Krishna Advani, the man who led the movement that culminated in the events of December 6, found himself saying that the demolition of the mosque was the saddest day of his life. Nothing really happened, either politically or socially. The prime minister of the day slept peacefully while climacteric events were unfolding.