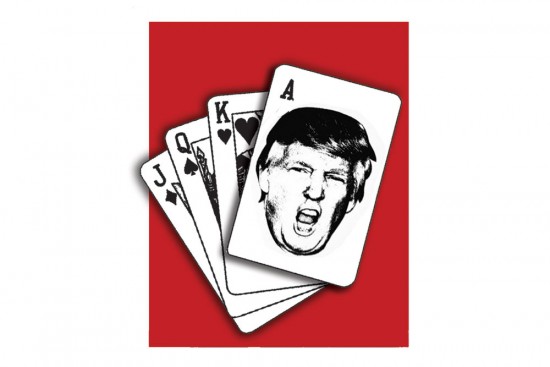 Donald Trump’s victory on Super Tuesday makes him favourite for the Republican nomination for the next US president. The businessman has already unveiled a controversial agenda which includes a ban on letting Muslims into America, a wall to keep out Mexicans, open support from white supremacists and, his latest shocker, the killing of families of terrorists. Despite this, Trump has triumphed in the primaries because the Republican Party has been incapable of mounting any effective res­istance. Of course, there is still a very slim chance that the Republicans can put together a consensus candidate but Trump’s appeal across white conservative voters gives him, well, a trump card. The only thing against him is that a major US political party has never nominated someone so ­utterly lacking in administrative experience.

There are other questions that arise from the contemplation of what a Trump White House would be like. The most serious questions are to do with his lack of experience in foreign policy. He has stated that China is America’s enemy: “I will...bomb the hell out of ISIS, will rebuild our military and make it so strong no one will mess with us.” Then there’s this: “As far as Syria, if Putin wants to go and knock the hell out of ISIS, I am all for it.” On the refugee crisis, his views are equally worrying: “The Gulf states, who have nothing but money, should get together and take a big swath of land in Syria and do a safe zone for these people.” Even more crude was this: “I believe I would get along with a lot of the world leaders that this country is not getting along with. I think I will get along with Putin, and I will get along with others, and we will have a much more stable world.” He has gone back and forth on India, saying complimentary things about Narendra Modi and the country (he has invested in two Trump Towers here) and then vowing to get back jobs that India has stolen (sic) from US workers. Till now, he’s been a pretty amusing political wrecking ball but after Super Tuesday—as John Oliver said—it’s time to take him seriously.