The Truth Is Out There

The state elections rolled out smoothly, but it’s money power which ruled on the ground 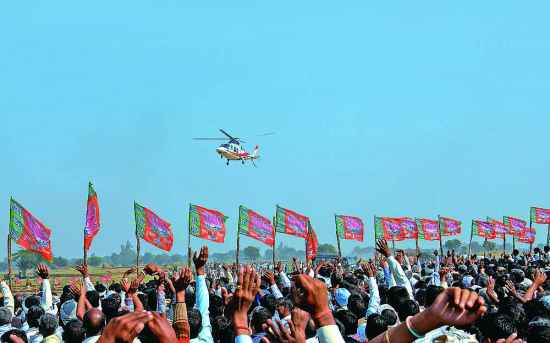 As we celebrate the smooth working of a massive electoral exercise—simplistically dubbed by many as the semi-final to the greatest show on earth, General Elections 2014—a realisation has dawned that the role of ‘money power’ is reaching alarming proportions. Sure, elections are more fool-proof today than in the past, and most (rightly) salute the EC for managing affairs smoothly. But are our elections free from money and brute power? One doesn’t have to dig too far; shocking reports from the ground show just how distorted the just-concluded state ele­ct­ions were. Consider this:

Actually, it seems everyone loves a good election, especially traders, brokers and transporters. Prices of both goods and services go up. Taxis disappear from the streets. Liquor flows and sale of subscriber identity modules (SIMs) move northward as political parties buy them in bulk. Indeed, thousands of  people thrive in election season. How much the EC spent in conducting the recent assembly elections in five states is not yet known. As an indicator, the EC spent Rs 300 crore for the Uttar Pradesh elections in 2012—by most estimates, political parties and candidates together spent at least ten times that amount. 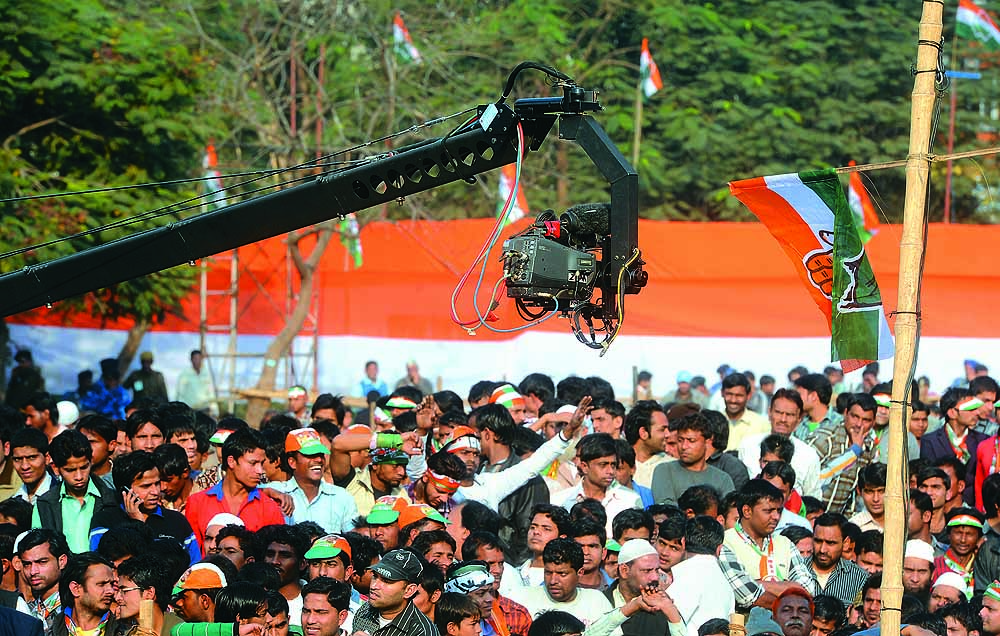 The eyes above Parties now provide live feed of rallies to TV channels. Who pays for it?. (Photograph by Tribhuvan Tiwari)