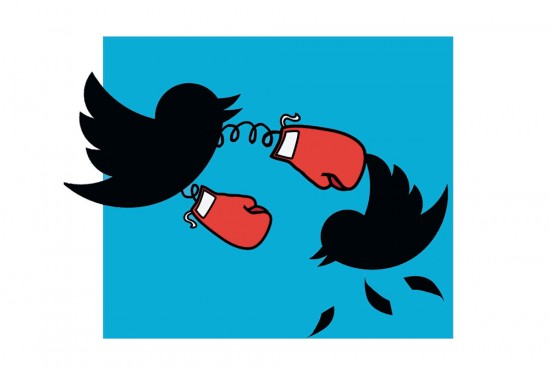 Social media can be liberating, but it can also be hell. Ask television veteran Rajdeep Sardesai, who was forced to disable his Twitter account last week because of what he calls “a concerted campaign of lies and abuse on a daily basis”. Sardesai’s absence from the social network spells victory for the digital mobs that have been trolling him over the past year or so. This is a serious development to do with the anonymous army of trolls who have become active in the last two years. They even have a label—Cyber Hindus. They forced another respected TV journalist, Ravish Kumar, to abandon social media. Political differences are the natural order in democracies, as are journalists questioning policies and individuals. Social media, because of its anonymity, can do away with debate and argument and leave the field open for what is nothing more than cyber-terrorism.

Twitter has admitted to not having proper policies in place to protect its users from harassment, but the Indian troll represents a unique digital model, uniting hardline Hindutva adherents, misogynists, communalists, Congress-baiters and devotees of Narendra Modi. Journalists are prime targets. Ami­tabh Kant, the Niti Ayog CEO, recently retweeted an anti­- Arvind Kejriwal message composed by a group calling themselves ‘India against Presstitutes’. ‘Presstitute’, a portmanteau of ‘press’ and ‘prostitute’, is regularly used on social media and by ministers in this government, highlighting just how common bigo­try has become. Social media is really unsocial media, with its ability to turn normal individuals into hate-mongers. In 2015, Twitter’s chief executive Dick Cost­olo has admitted (in a leaked internal memo) that “We suck at dealing with abuse and trolls on the platform, and we’ve sucked at it for years.” Where Twitter has failed—and what lies at the core of the issue—is in disallowing anonymous accounts. Facebook has a real-name policy that debars anonymous accounts. In practice, anonymity encourages abuse, allowing people to say things they would never dare say in person or in public. Taking to a digital space, for some people, is like slipping into an alternate dimension—one without repercussions.