The Sunset Club, says the indefatigable Khushwant Singh, 96, is his swansong. Or so he says. 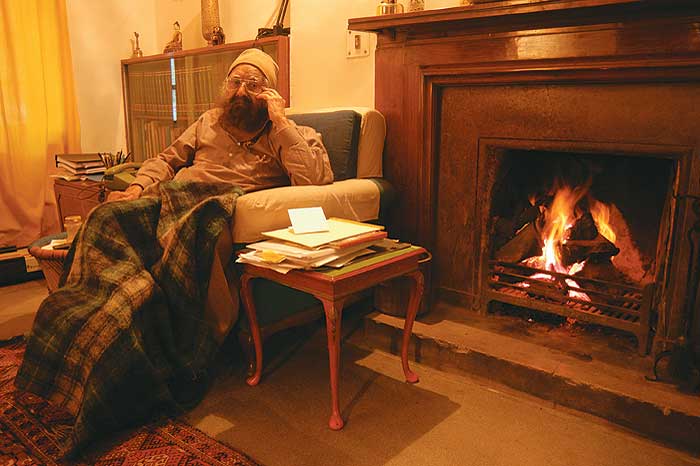 “But why?” I ask Khushwant Singh when he firmly pronounces that his sixth and latest novel, The Sunset Club, will be his last. “I am ninety-six plus,” he reminds me. For most writers, that would be good enough reason to call it a day, but Khushwant? In all the years I’ve known him, I have never once heard him express the usual fears that lead a writer to his retirement after a certain age, usually around their seventies: fear of compromising their body of work for posterity, or fear of falling flat on their face with their next book. And even his cook, Chandan, who has served him loyally for almost sixty years now, knows that his Sahib wouldn’t be able to live a day without writing. “He gets up even earlier these days,” Chandan says, “around 3 am, and starts writing. His pen keeps moving till he gets tired; then he leans back in his chair and takes a nap, then goes on writing again.”

“I’ve gone on because there’s nothing else I can do,” Khushwant admits, almost as if writing was a bad habit. We are seated in his living room, his outstretched legs wrapped up in a checked shawl against the November chill, and he has consented to my “spoiling the taste of his whisky” by talking about The Sunset Club, to be released on November 30.