Pursuing victory, and even in defeat, Dhoni outstrips others in leadership. His is a very practical art. 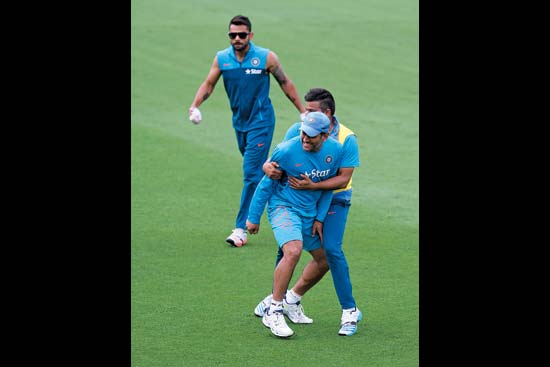 There are various theories of captaincy and, over the decades, there has been a decent accumulation of essays, chapters, and books on the subject. It is arguable but a case can be made out for treating Test, ODI and T20 captaincy as quite different categories, requiring different skill sets, capabilities, temperaments and leadership qualities. In any case, that’s how choosing captains for the different formats of the contemporary game has tended.

We do know that Mahendra Singh Dhoni, India’s most successful captain across formats, used to consume sports magazines before he switched over to magazines on motorbikes and cars. It is unlikely that somewhere along the way he read any of the edifying literature on the subject of captaincy. Yet he is, by common consent, the best captain in this World Cup. Ian Chappell, an outspoken critic of Dhoni’s recent Test captaincy, has waxed lyrical about the way his “calm as light air”, aggressive and inspirational leadership and purposeful batting in the Cup have transformed “a bunch of straggling individuals” into “an aggressive and consistent combination” capable of scaling the heights (www.espncricinfo.com/magazine/content/story/845223.html).