There Is No Other Way

Dr Binayak Sen resisted every effort to make this a personal story, insisting it is everyman’s 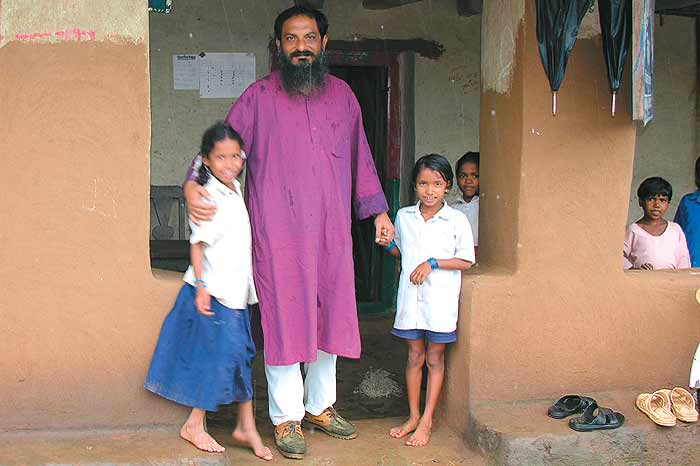 Binayak Sen doesn’t take kindly to hero worship. When Minnie Vaid, a documentary film-maker, first hears of the now celebrated doctor jailed for sedition, she throws up her corporate job and goes in hot pursuit of her new idol. She wants to write a book and make a film on him, she tells Dr Sen. But to her dismay, the doctor refuses to cooperate. He’s just a symbol of what’s going wrong in the country, Sen tries to explain, “it has nothing to do with my personal qualities”. But the star-struck Vaid can’t be dissuaded, either by his stern silences or his snubs. Eventually, they hit on a compromise: Sen gives her a list of half-a-dozen friends and “close associates” she can interview. Thus begins Vaid’s breathless journey, stretching from the prestigious Christian Medical College in Vellore, from where Sen graduated in the ’60s, to remote villages deep in the forests of Chhattisgarh, where he ran his crowded clinics, to discover the man behind the celebrity.

Wherever Vaid travels, Sen’s name works like magic: doors are thrown open, stringcots dragged out, and Vaid is plied with tea and food as villagers readily share their stories about their doctor—how he saved their children’s lives, helped them start a self-help women’s group, guided them during a famine or to start organic farming. “I have never seen a man like him,” Ghasiya Ram, a health worker whom Sen trained from scratch, tells Vaid. “He goes to each person’s house, asks them about their difficulties, attends to patients in their homes and, at times, even arranges food for them.”