There’s Life After Next Monday

Fully loaded magazine? Not if it’s only short-range fire. 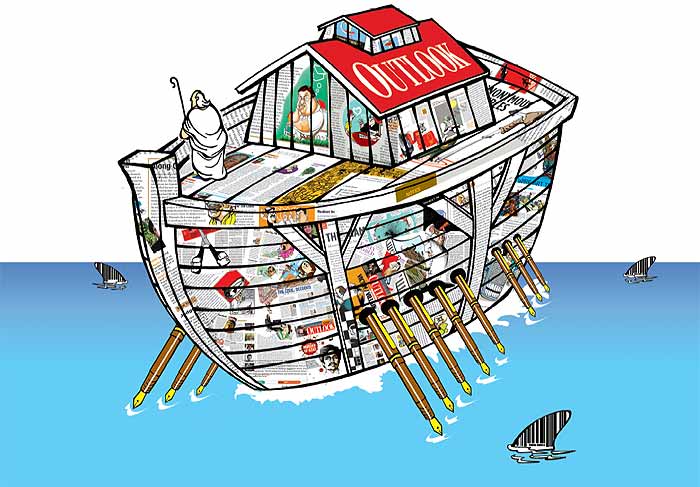 This column is a little bit of a graceless act. I have been put in this position of being invited to a birthday party and then being asked to give a frank comment on the birthday boy. To refuse the invitation would have left the impression that this celebration was not worth participating in. The 15th anniversary of Outlook is a cause for genuine celebration. It is an enjoyable magazine. But, as with most things we enjoy, the joy is premised on not dissecting the object of enjoyment too closely. But since Outlook is a public institution in some sense of the term, it is worth thinking about what it represents.

In many ways, Outlook is the child of post-liberalisation India. It came into its own when all the old serious magazines were either dead or had transformed themselves into one long fashion advertisement. Its dominant style and tone were very much in keeping with the post-1991 ethos: wide-ranging and curious, often fun, capable of the pithiest of titles, not afraid of experimenting with new themes and issues, occasionally insouciant, slightly flippant and blase, a bit impatient with fine-combed distinctions, eager to get on, smart and feisty. Most of its stories were sincerely told. It rarely had credibility problems, and that itself was no mean achievement.