These Are Plucked Chickens

All six accused were from a Delhi slum. Does life on the margins turn men into beasts? 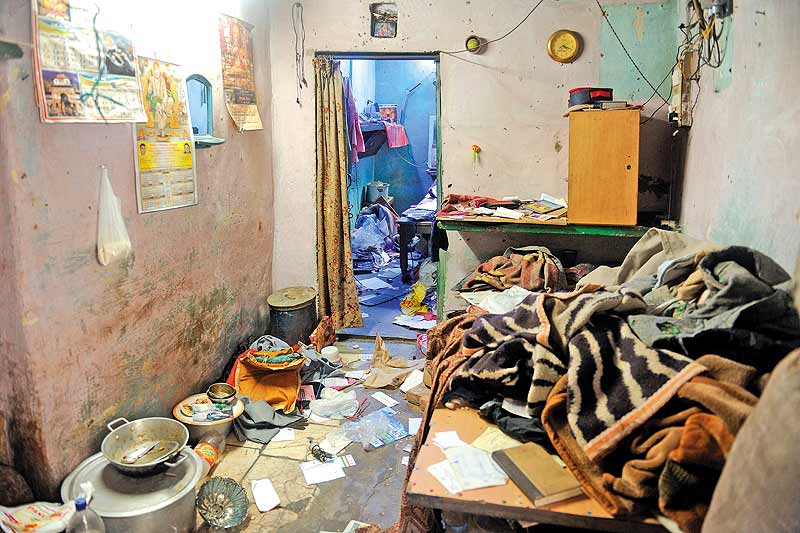 After his night of mayhem, the prime accused in the Delhi gangrape, Ram Singh, returned to his room in Ravidass camp, a ghetto inside R.K. Puram, a south Delhi neighbourhood inhabited largely by government employees. Near midnight, he sat down to cook chicken curry in his filthy room with its single bed and litter of empty liquor bottles. He shared the meal with his brother Mukesh. Then he stepped out and spotted a kid in the neighbourhood, even jokingly asked if he wanted some chicken. Who are these men and what makes them such monsters?

Ram Singh, 33, clearly the leader, is a class IV dropout who had come to Delhi from Rajasthan with an uncle. Initially, he worked at a dhaba in Trilokpuri, then a tea stall and paan shop and finally landed the job of a ‘helper’ in east Delhi’s Anand Vihar bus terminal. Later, he was promoted from helper to driver. In his neighbourhood, he was known as “a mental case”. Every night, he would go to fill water at the community tap and tease any woman there. If anyone objected, he fought with them. Of his private life, this is what the neighbours say: he ran away with someone’s wife in the basti, apparently “married” the woman but returned saying she had died. When he saw the woman’s ex-husband with a new wife, he told him the “new wife looked better than the old one”.