Till These Eaves Drop

A heritage hospital in need of an extensive refit. KCR’s men insist on a demolition job. 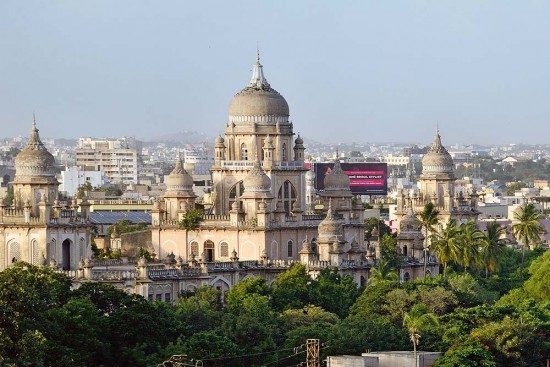 A look at the high dome of the over 100-year-old Osmania General Hospital (or OGH) from afar evokes awe and admiration. A visual delight, built on the banks of the river Musi in Afzalgunj area of Hyderabad, the hospital was designed by Vincent Jerome Esch and constructed during the rule of Nizam Mir Osman Ali Khan in the Indo-Saracenic style favoured by British architects in the late 19th century. As such, it’s a union of the Indo-Islamic and neo-classical styles.

But, his curiosity piqued by its imperious grandeur, the visitor would be horrified if he steps inside. A crumbling roof, peeling plaster, cracked walls, leaking drains and an overwhelming stench that chokes patients, doctors, and nurses as they struggle to hold their breath. Street dogs too sniff around in disgust near the dilapidated building. It was little wonder then that the first question that Telangana chief minister K. Chandrasekhara Rao asked of OGH staff when he visited the premises was, “How do you work here?” Since then, KCR has ordered the in-patient block of Osmania Hospital to be shifted out. The CM said lives of patients, nurses and doctors could not be put at risk in the name of...