To Kick The Crutch 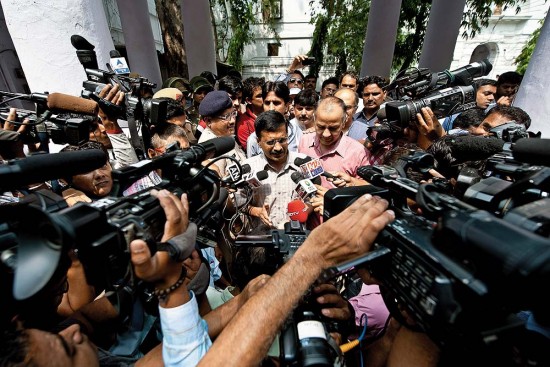 The Aam Aadmi Party is currently not on “speaking terms” with most news channels. Which means they’ll answer the phone of guest relations people and tell them that we have decided not to send spokespersons to speak on controversies. The Delhi government, on the other hand, will continue to send press releases and interact with accredited media at 3 pm on working days about issues linked to governance.

Nagendar Sharma, media advisor to the CM, says Arvind Kejriwal laid out the line after a series of “mishaps” with the media. But the “breaking point”, he says, came after Hindi channels “went berserk” accusing AAP leader Kumar Vish­was of having “ashleel sambandh (illicit relations)” with a party volunteer. Vish­was and his wife were summoned by the Delhi Commission for Women following a rather ambiguous Facebook complaint by a woman volunteer. AAP leader Ashish Khetan says “Kumar’s kids had to answer questions in school. When his wife gets dragged into this, the media should question what happened.”