To Plant A Flag

The new Andhra state is still vexed over the capital issue 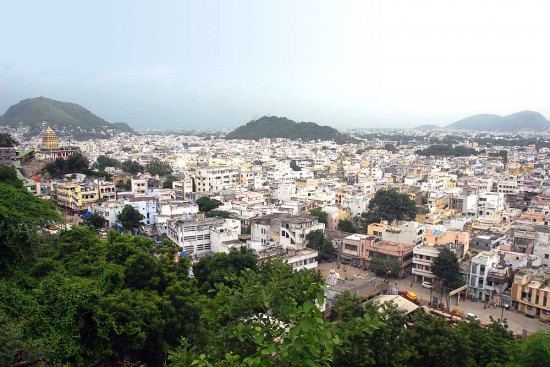 Chief minister Nara Chandrababu Naidu is a man on a mission, this being the setting up of the new capital of Andhra Pradesh. After the formation of Telangana state, the Centre-appointed K.C. Sivaramakrishnan committee got to work and began scouting for areas to locate the capital zone of the residuary state. Naidu was initially rel­uctant to discuss the matter, saying it was up to the panel to suggest the ideal location. However, once the Sivaramakri­shnan panel submitted its report saying the Vijayawada-Guntur region was “unf­e­asible and undesirable”, saying it would add to the “honeypot” character similar to that of Hyderabad, Naidu saw red. The panel felt that locating a capital in this region would take away from the growth prospects of other centres in the state.

The Sivaramakrishnan panel suggested three alternatives; the Vizag sub-region, the Rayalaseema arc and the Kalahasti spine. Naidu was quick to dismiss these suggestions. The Telugu Desam government has decided to locate the capital between Vijayawada and Gun­tur or what is called the Vijayawada-Guntur-Tenali-Mangalagiri (VGTM) region. “Vijayawada will be the nucleus and the rest will hap­pen over time,” says Parakala Prab­ha­kar, communications advisor to the And­­hra Pradesh government. 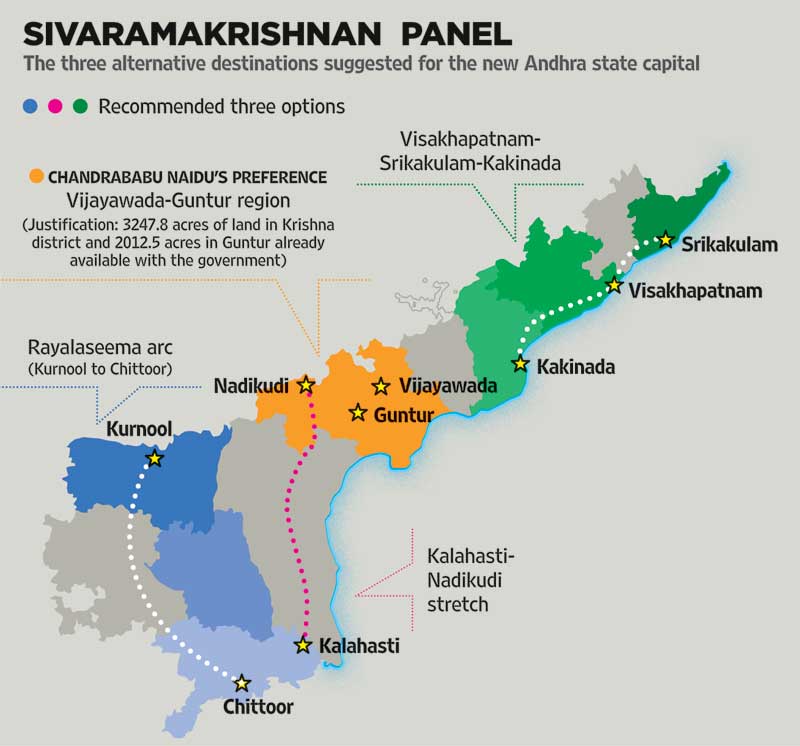