Trekking Through The Glass Ceiling 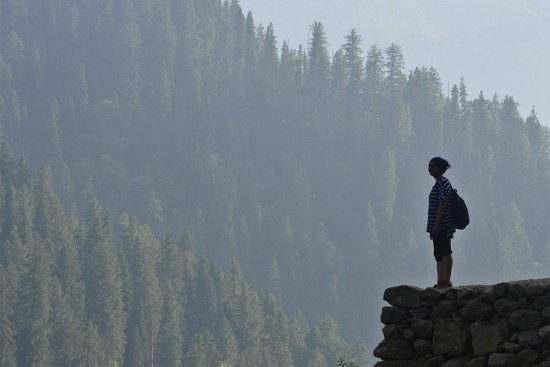 Checking things off the to-do-list in her ‘serial traveller’ notebook, Anahita Sriprasad walks towards her freshly modified cycle in the driveway. She bends over for a few final checks, before sending off the Montra to Srinagar, from where in a few days she will begin her cycling expedition—from Leh to Kanyakumari—alone, with just her backpack. It was during her first solo trip, a month-long skiing holiday in Gulmarg, that she met the cyclist who ­inspired her to do this cross-country ride, her third venture alone, and an ­endeavour to challenge the notions of women’s safety and stamina in India.

Sriprasad is not the only girl travelling by herself. Women all around India, of all ages want to do it alone.  “When I first started travelling solo in the early 90s, there were hardly any women doing it. Now, you find almost every fourth woman has gone holidaying alone,” says Ahtushi Deshpande, a 47-year-old trekking addict. Back in the day, when she couldn’t find trekking companions, Deshpande had little choice but to get out alone. Today, more and more other solo travellers are doing so for similar reasons and are soon finding it as the most exciting thing. “I had planned a trip with my friends, all of whom backed out at the last minute. I decided to go ahead ­anyway,” says Kavita Kishore, a solo traveller from Chennai. Neha Ralli, a 27-year-old social media expert from Kullu, who also had trouble finding friends to go trekking with, set out alone. “I go for at least one trek a month now, it is as easy as picking up my backpack and setting out,” she says. For others, solo travelling was about being with themselves, and exploring. “As a photographer, I enjoyed spending quality time in one place, which not everyone I travelled with understood. So I began travelling alone,” says Deepti Asthana. “It began with wanting to spend time with myself, not just in a room, but out, and I decided to holiday alone,” says Krishna Ganatra. Then, there are some like Priyanka Dalal, who just wanted to break the mould, not live by the rules, one of the biggest ones being “girls don’t travel alone”.