Triple Talaq Bill Is Still To Serve Its Purpose

The triple talaq bill made big noise when it was drafted last year, but it is still to serve its purpose 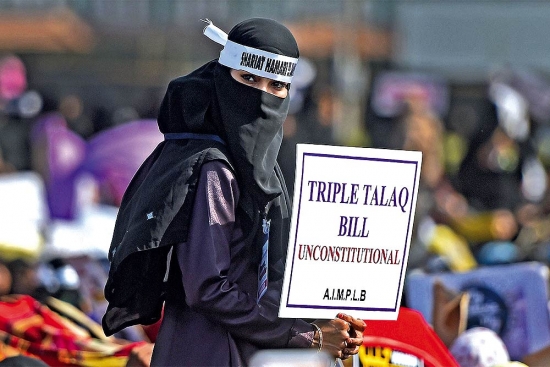 It has been a year since the Supreme Court’s gavel fell on triple talaq—the practice of Muslim men divorcing their wives by uttering the word ‘talaq’ (divorce) thrice. But the government is struggling to get the bill passed. The All India Muslim Personal Law Board (AIMPLB) says it oversteps the mandate given by the apex court.

In the meantime, many Muslim women continue to wait for the justice promised to them. Shaheen, 38, of Rat­nagiri district in Maharashtra was div­o­r­ced by her husband over WhatApp! This happened after the SC’s 2017 judgment, but the law is still not in place to provide justice to her. She’s parti­ally-disabled and has been divorced once before. She met her second husband, the Saudi Ara­bia-based Asad, on Face­book. The two were hitched in a brief ceremony and Asad took off for Saudi Arabia soon after. In a few months, his calls and messages stopped, then, one day, he simply texted “talaq” to her.