Triumph Of The Will Behind His Pace & Patience

In nearly two decades, Ashish Nehra has made repeated comebacks from injuries on the back of an iron will. The world’s oldest pacer is still running in. 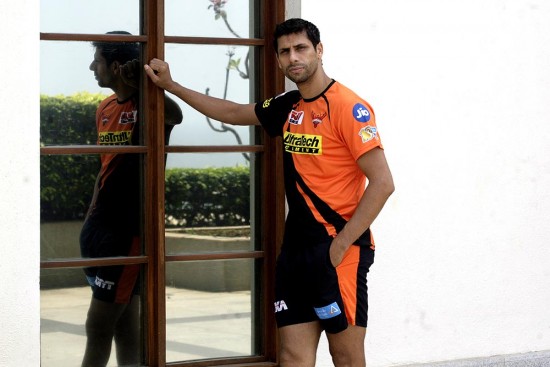 A few days ago, veteran Pakistani batsmen Mishbah-ul-Haq and Younis Khan announced reti­rement from international cricket. Misbah turns 43 next month and Younis is 39. But Ashish Nehra, India’s old steam engine, doesn’t mind making his match-day runs. Nehra, who will turn 38 on April 29, is currently the oldest medium pacer in the world. Although South African Imran Tahir is a month older and Sri Lanka’s Rangana Herath is 39, both are spinners. But tagged with such an appellation—in a field bristling with blithe young colts bre­athing raw pace—doesn’t temper Nehra’s determination to stage yet another comeback to the Indian team. Nehra made his Test debut in 1999, one year before Younis and two years before Misbah. And while the Pakistanis will be fading away into the sunset, Nehra sniffs around for a new brood of batsmen to prey upon.

Nehra is presently part of India’s T20 team but is now eyeing a comeback to the national ODI team for the Champions Trophy, to be played in June in England.