Tunisia Diary: Did Hannibal Eat Hindi And Wear a Sari?

Hindi is a cactus fruit, chapati is a soft bread, and the sari flows from the neck down. But from Hannibal to the Arab Spring, there’s something uniquely ‘Tounsi’ about Tunisia. 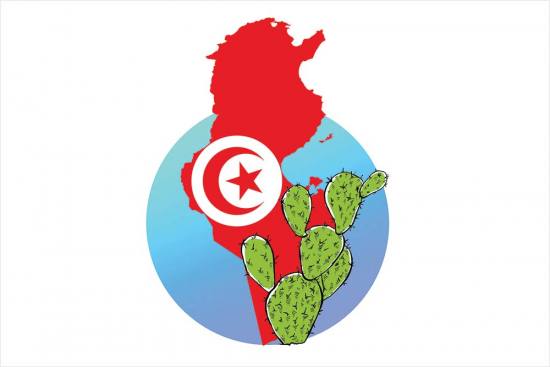 Nestled between Libya on the east, Algeria on the west and the Mediterranean Sea on the north, Tunisia is a country of about 12 million people known for its beaches, and Punic and Roman ruins and monuments, including six Unesco world heritage sites. Many know it as Carthage, the land of Hannibal, who shook the Roman empire when he marched elephants over the Alps in 218 BC and defeated the Romans at Cannae, only to be defeated in the Second Punic War at home by Roman general Scipio Africanus in 206 BC. Tunisia is also the place where the Arab Spring erupted after a fruit-seller’s self-immolation in 2010 channelled public anger against President Ben Ali, finally toppling his regime. The wave of anger then spread across the Arab world. Thereafter, Tunisia started on the path of political transformation; now it is a liberal, modern, country undergoing a democratic transition.

The Arabs have had trade relations with India (Al Hind) since ancient times, much before the advent of Islam. Many words in Hindi/Urdu have roots in Arabic. The word ‘Hindi’ in Arabic means ‘Indian’. However, in Tunisia, ‘Hindi’ represents Opuntia, a prickly pear. The fleshy fruit, with tough leathery skin speckled with small thorns and hard pellet-like seeds dispersed inside, grows on a cactus plant. The fruit is impossible to handle with hands but once peeled away, reveals a sweet and delicious core—a delicacy eaten in summer, from August to October. The hardy cactus is often grown around farms and houses as fence; most often it grows in the wild. However, no one could explain why the fruit is called ‘Hindi’. ‘It’s always been called Hindi, goes the usual answer.

Stuff And Bite In