It’s not really the joke it seems. The yoga guru is voicing a mass sentiment. It’s getting him attention, if not votes. 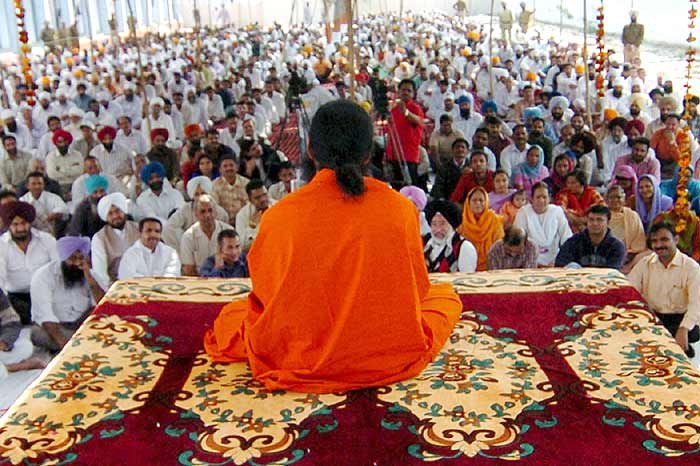 Last year, when India’s most popular yoga guru Baba Ramdev announced his plans to launch a national party, few took him seriously, ridiculing him as a PT instructor with an ambition that would send him tumbling on his wooden clogs. But his recent series of public rallies, including the one last week at the Ramlila maidan in Delhi, where he’s drumming up support for his drive against corruption and black money, is sending chills down the spines of several political parties.

The first sign that he had gatecrashed into the big boys’ club in politics came when the Congress stopped ignoring his repeated, unsubtle barbs about its first family’s assets. Last fortnight, perhaps for the first time since the yoga guru embarked on his political career, Congress general secretary Digvijay Singh came down heavily on Baba Ramdev, warning him not to point fingers at others unless he wanted to bring his own yoga empire under the scanner. But the celebrity guru—Swamiji or even His Holiness to his chelas—who has built an impressive Rs 1,000-plus crore empire of yoga centres, hospitals and spas across the world in less than 15 years, seems undeterred. “I have a billion followers across the world. Will they believe I’m a thief and not to be trusted with their donations?” he asks as we catch up with him during a brief stopover in Delhi, on his way from Meghalaya to his ashram in Haridwar. “I am a sadhu, I don’t own anything other than my saffron robe and clogs.”