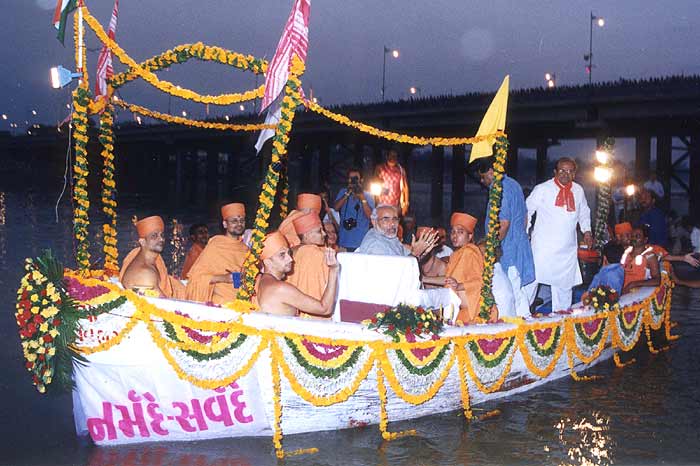 When new Karnataka CM D.V. Sadananda Gowda invited his party colleague and Gujarat counterpart Narendra Modi to participate in the Mysore Dussehra festivities in October, he knew perhaps that some ‘progressive types’ would make some noise. But he certainly would not have expected people of his own ilk to protest. Modi skipped the Dussehra function. But by then, this unexpected protest had been made public through a letter to a leading Kannada daily. It was about the early redemption of deep discount bonds of the Sardar Sarovar Narmada Nigam Limited (SSNNL), issued by the Gujarat government in 1993 to raise funds for the Narmada project when agencies like the World Bank and IMF had refused to fund it. T.N. Ramakrishna, an RSS swayamsevak who runs the Rastra Gaurava Samrakshana Parishath, in a letter headlined ‘Narendra Modi should not come to Karnataka’, accused Modi of “causing huge losses” to thousands of retail and institutional investors by forcing the early redemption of the SSNNL bonds.