“We Need A ‘New Deal’ To Come Out Of Jobless Growth”

CPI-M Secretary General Sitaram Yechury on the biggest challenge for the Left, the GST and other issues. 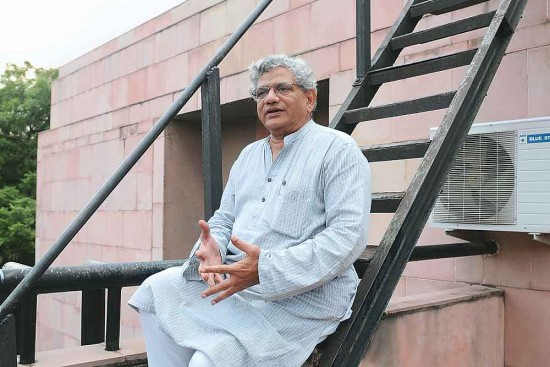 Elected general secretary of the CPI(M) last year, Rajya Sabha member Sitaram Yechury, 63, has had a patchy record—an expected electoral win in Kerala was partly eclipsed by a drubbing in West Bengal, where he is said to have willy-nilly gone along with the state unit’s insistence on an “arrangement” with the Congress, against the party’s much-ballyhooed ‘Vizag line’. In a freewheeling interview with Bula Devi, Yechury denies suggestions that the Left is on the decline, demands a ban on futures trading to control prices of essential commodities and claims that only seven per cent of workers today are unionised­—the biggest challenge for the Left. Excerpts:

Is the Left changing?