‘We Shouldn’t Be Blaming India In A Loose Manner’

On his differences with Prachanda, the need to work with India, and his party’s blind anti-Indian nationalism. 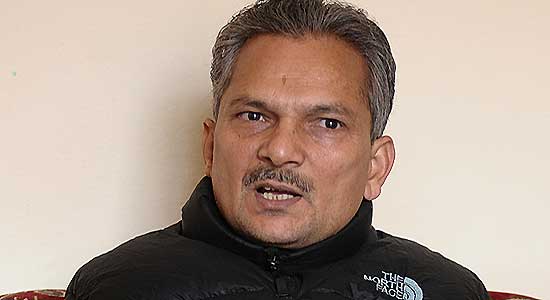 Baburam Bhattarai and Prachanda have been the two distinctive faces of the Maoist movement in Nepal, each playing a vital role in his own way to catapult the Unified Communist Party of Nepal-Maoists (UCPN-M) into political eminence. For most, it’s difficult to think of one without the other—Bhattarai is cerebral and circumspect, Prachanda is impetuous and a man of action. Yet deep animosity has punctuated their 14-year relationship, often a result of their disagreement over the line the Maoists should follow. Last week, their once-famed camaraderie came under strain following Maoist chief Prachanda’s public declaration that India wanted to instal party ideologue Bhattarai as Nepal’s prime minister.

Bhattarai responded mildly, hoping Prachanda, as is his wont, would retract the accusation. Predictably, the Maoist chief issued a correction, ending, for the moment, the speculation about a split in the UCPN-M. Their public spat echoed their far more serious falling out in 2004-5. Then Prachanda had called Bhattarai an Indian agent, and the Maoist ideologue dubbed his chief pro-palace. Ultimately, though, Bhattarai’s line prevailed: the Maoists decided to cooperate with the democratic forces against the king and announced the end of their insurgency.