One institution that needs urgent fixing in the name of the nation this Independence Day is news television. 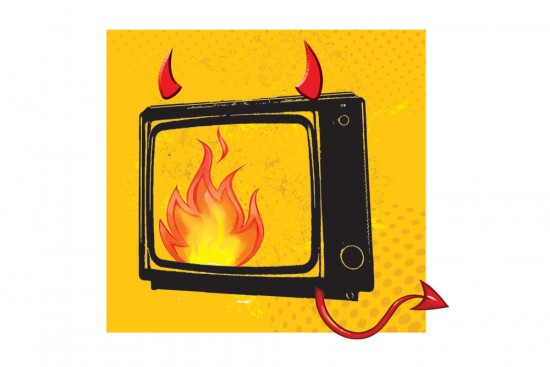 Heaven knows there are plenty of things wrong in Bharat that was India as it turns its head towards the “ramparts of the Red Fort” one more time. But if there’s one institution that needs urgent fixing in the name of the nation this Independence Day, it is news television. A dead dodo that used to faithfully live up to the nickname ‘idiot box’ in the hands of state-owned DD, it is now a raging free-market bull, rampaging across the republic and insulting the intelligence of decent citizens in all 15 scheduled languages and some more. And now, after having denuded it of all sanity, sobriety, balance, substance, nuance, restraint and responsibility, TV’s blowhards—whose disproportionate stardom has led them to the delusion that the solar system revolves around their rants, tweets and open letters—are now at each other’s throats, terrorising each other from the first refuge of every swami and Goswami: hyper-nationalism. Marshall McLuhan was right: the medium is the message.

It is tempting to say that with each lap of this race to the pits each night and day, news TV takes something out of the soul of the country as we knew it, leaving us less human than when we switched it on. But, act­ually, it is doing something more. It is poisoning the well, the shared source from which everyone imbibes, coarsening our sensibilities. And it is turning our attention away from the real issues weighing down this complex, complicated democracy with its noisy celebration of the faux and the frivolous. To that extent, this is both misuse and abuse of an influential mass medium. It is fashionable to say that if you don’t like what you see, you can always use the remote control, but that is a quack’s prescription to an endemic ailment. When the audience has choice but no choice really in a sea of sameness, what’s the alternative, Sherlock? News TV’s promoters, producers and personnel need to aspire higher to engage and elevate, not just entertain and titillate. And, at opposite ends of the pipe, advertisers and viewers ought to demand the high standards that TV’s severely conflicted body NBSA abdicated somewhere along the low road to the bottom, at the pitstop of the lowest common denominator.