By choosing to speak out on the value of dissent, Pranab Mukherjee has not just bucked the trend but captured the zeitgeist. 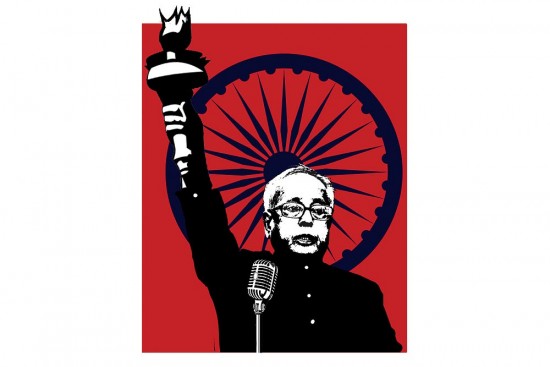 Historically, the Republic Day address by the President of India has been a sedate ritual; earnest and correct, sure, but also predictable and maha-boring. By choosing to speak out on the value of dissent, Pranab Mukherjee has not just bucked the trend but captured the zeitgeist. “Let us continue to complain, to demand, to rebel,” our rashtrapati said, wa­r­ning against the “forces of violence” and “unreason” and speaking of the virtues of dialogue. In many ways, these words of wisdom are in line with the President’s outstanding interventions when the intolerance debate dominated the discourse through 2015 but was met with silence bordering on guilt by our very predictable BJP government. In using his pulpit to share his thoughts again, a week after Rohith Vemula’s dream died, the First Citizen has underlined a     blazingly obvious fact: that the freedom of expression is inherent in the nation’s DNA and those who fiddle with it do so at their own peril.

When the definition of dissent is being subverted to mean “anti-national” by wrapping everything up gaudy in tricolour—from our courts to TV screens to university campuses—the President reminds us that if we lose the ability to speak truth to power without fear of losing life or limb, our democracy stands diminished. For a newly emboldened class of Indians that has led itself to believe that a bit of sacrifice, by unquestioningly accepting everything we are served, is a small price to pay if we have to get things done, if we have to become ‘one nation’, this is a valuable lesson in citizenship. It took many deft hands to weave the complex tapestry that is the Republic of India and only the very arrogant or morbidly foolish would allow freedom to become a contestable commodity. As George Orwell wisely observed, “If liberty means anything at all, it means the right to tell people what they do not want to hear.” Especially what they do not want to hear.