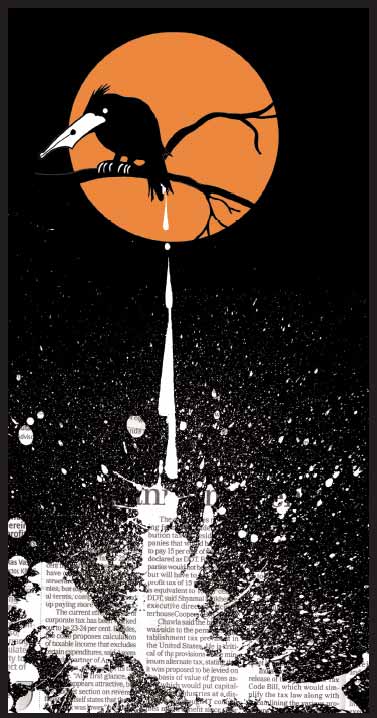 I am, in a sense, a child of the Indian newspaper. My late father, Chandran Tharoor, started in the newspaper business when barely out of college, representing a pair of Indian papers in post-war London, and spent his working life as a senior advertising executive for some of our country’s better-known mastheads. His world fascinated me. My childhood in the 1960s and early 1970s was replete with stories of editorial meetings and battles between the editorial and the advertisement departments, for my father injected newspaper ink into my veins at a young age. I grew up literally with newspapers; from about six or seven years of age, I can remember sitting with my father at 6.30 am every morning with chai and multiple newspapers. In addition to the news, he always read the ads, counting the column inches of advertising in his own and the rival newspapers—usually (since he was very good at his job) with a grunt of satisfaction.

My father used to work for the Statesman, then a superb newspaper. I remember going to the press as a young boy and seeing the linotype machine men at work with their little fonts that had been carved out of very hot metal, putting together words whose idiosyncratic spellings often revealed that they had not had an English-language education. (That’s why copyeditors were indispensable)! I recall handling flongs, the exotic papier-mache stereotype moulds used in the days before offset printing. Those were the days when you could turn up in some small town and find yesterday’s news with today’s date on it, in what the newspaper called a “dak edition”.