Lest anger blinds us, it’s Pakistandom, not Pakistanis, who are our enemy 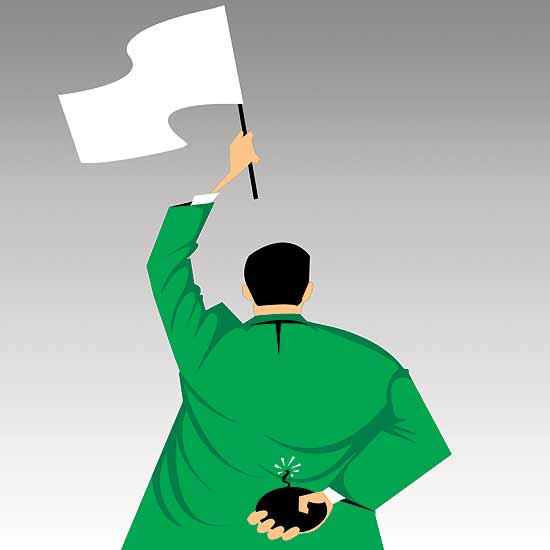 Television anchors are more sinned against than sinners. And their perverse power is vastly exaggerated. In the past fortnight, we have been led to believe that the nightly war-mongering and the constant cries for revenge, retribution and to-teach-them-a-lesson-they-will-never-forget is the proximate and sole cause for the war clouds hovering over Islamabad and New Delhi. That, if it had not been for these gentlemen (and a few ladies), the nation would have been able to take Pakistan’s alleged barbarism on the chin and move on.

The presenters of television news are not idiots. They have an unerring finger on the pulse of the nation. They are mood detectors. And even if one accepts all that is attributed to them, they mostly tap into the existing public temper. They don’t create it. It is the chicken or the egg riddle—which came first? The war-mongering or the public outrage? I believe the latter.