Where Is The Road? 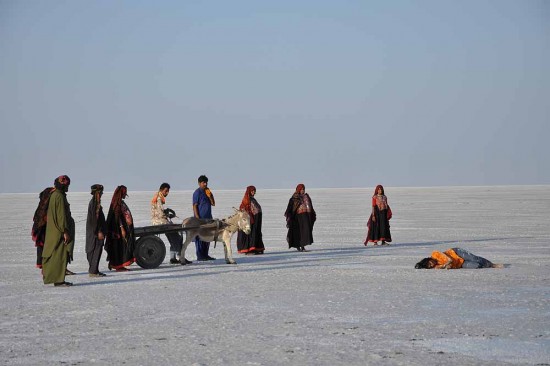 An unending highway, sun blazing down and an infinite expanse of white sand. Three sets of stranded travellers search for their own individual paths against this imposing backdrop. The Shroff family, on a holiday to Athangasa, lose their young son, Adi. He ends up in the truck of Pappu who is on his way to an illegal deal. Then there’s little Poonam who strays into a brothel while travelling to her grandmot­her’s house. Gyan Corr­ea’s debut Gujarati film, The Good Road, is an interesting idea on paper that fails to mount well on screen.

It’s somewhat like an Iranian film—slow, simple and spartan—just that there are no hidden depths or complexities here, only a few arresting moments. The mix of the real and the fablesque gets uneasy after awhile. The narrative moves in fits and spurts, many a sequence feels patently contr­ived, scenes too perfectly designed. And the acting, even by the professionals, is stilted, not to speak of the awkw­ardness of the amateur cast. It’s the rough and desolate Kutch landscape that lends the film its rootedness and character. The Good Road is a middling, innocuous film that may have just left the viewers feeling indifferent. How­ever, its surprise selection as India’s foreign language Oscar entry, over the much touted The Lunchbox, put it in the veritable eye of the storm last week.