Whose Ambedkar Is He Anyway?

The true riddle of Ambedkar is: why did he consider himself a Hindu at all, despite having seen the ugly side of discrimination and his trenchant criticism of the religion? 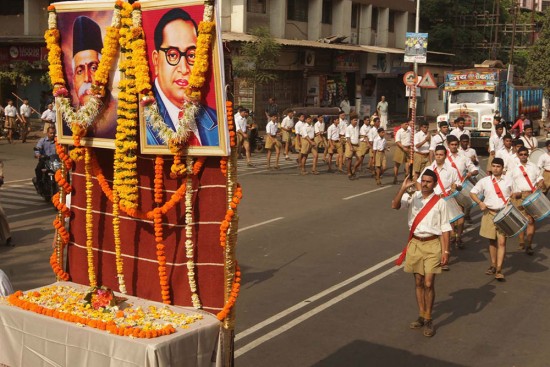 On October 13, 1935, Bhimrao Ramji Ambedkar announced at the Depressed Classes Confer­ence in Yeola, in the Bombay Pre­s­idency: “I had the misfortune of being born with the stigma of an Untouchable. However, it is not my fault; but I will not die a Hindu, for this is in my power.” A few months later, in May 1936, he published Annihilation of Caste, a devastating cri­ti­que of Hinduism, focusing on its most distinguishing and dogmatic feature—caste.

Towards the end of this address to the Hindus, whom he calls “the sick men of India”, he says: “This would probably be my last address to a Hindu audience on a subject vitally concerning the Hindus.” He then makes it abundantly clear that he is determined to quit Hinduism: “I am sorry, I will not be with you. I have decided to change. This is not the place for giving reasons. But even when I am gone out of your fold, I will watch your movement with active sympathy, and you will have my assistance for what it may be worth.”