Why Everyone Speaks The Flowing Language Of Blood

After a long tyranny of neglect, the State speaks in wartime euphemisms 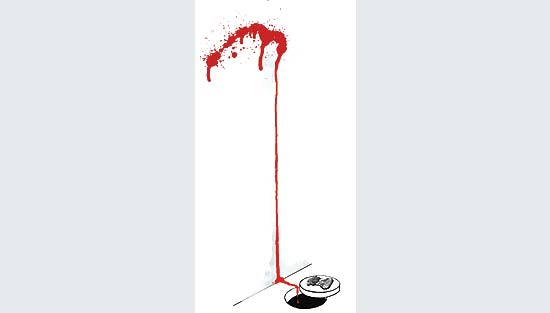 Sri Lankan style operations against the Maoists in central India have already begun. In fact, it isn’t clear if they ever stopped after 2005, when the Salwa Judum herded thousands of villagers into camps. The only difference now is that war has been openly declared, in contrast to the government’s fiction of a “people’s movement”. The talk of using airpower, even if in self-defence, is being accompanied by propaganda blitzes, such as a home ministry ad containing gruesome photos of people killed by the Maoists. Clearly meant to desensitise the public to the civilian carnage that could follow a paramilitary sweep, the ad’s violent tone was also calculated to strike fear and signal the government’s seriousness in acting against the Maoists. As if on cue to prove the government right, the Maoists committed their ghastly beheading of Francis Induwar, a police officer. Faced with two belligerent parties, what are ordinary citizens to do?

For one, intellectuals—despite that word being the latest swear word for the government and media—must try and provide history and context to the situation. The Union home minister is talking of a “clear and hold” operation, after which he hopes to introduce development in the region. What he does not explain is what prevented development for 62 years or what hinders it in areas where the Naxalites are not active. Spending enormous resources on waging war rather than battling hunger—especially in a drought year—shows the government’s perverse priorities.