Why I Hate Outlook

It has consistently, since its inception, avoided giving space to the nationalist thought group. 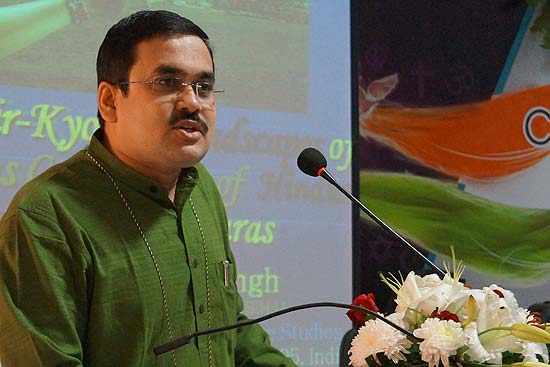 I want to be frank. Outlook, with its otherwise interesting stories and reportage, has consistently, since its inception, avoided giving space to the nationalist thought group. In its one-sided approach to Indian civilisational and historical issues, it has almost always given ample and multiple column space to those voices which have unabashedly denigrated those who have sought to speak or create an academic narrative of the high watermarks of India’s civilisational achievements and those who try to contribute to the evolution of a multi-dimensional discourse. Outlook has been generous with those who have spoken of the myth of Indian civilisation but has been habitually miserly or inattentive to those who have, on the other hand, reiterated the reality of the civilisational idea of India.

With such a one-sided approach, Outlook has only encouraged a mono-narrative and has, like a number of other dailies and weeklies in India, contributed to muting the other narrative, the other voice, and worked to portray the nationalist discourse as un- or anti-intellectual, which it certainly is not. The magazine has also shown lack of balance when it comes to issues concerning the interpretation of the Indian view and its civilisational continuum. Had Outlook evolved such a balance, it could have turned itself into a credible instrument for evolving a genuinely democratic discourse in the country and not become a mouthpiece of a certain ideological spectrum. I hope that in its next decade, the magazine transmutes itself into an instrument for upholding a genuinely balanced and proportionate discourse.

Anirban Ganguly Society Opinion Why I love to hate Outlook