Why Modi Must Lose | By Manish Tewari

He has been bad for social cohesion, economy and institutions 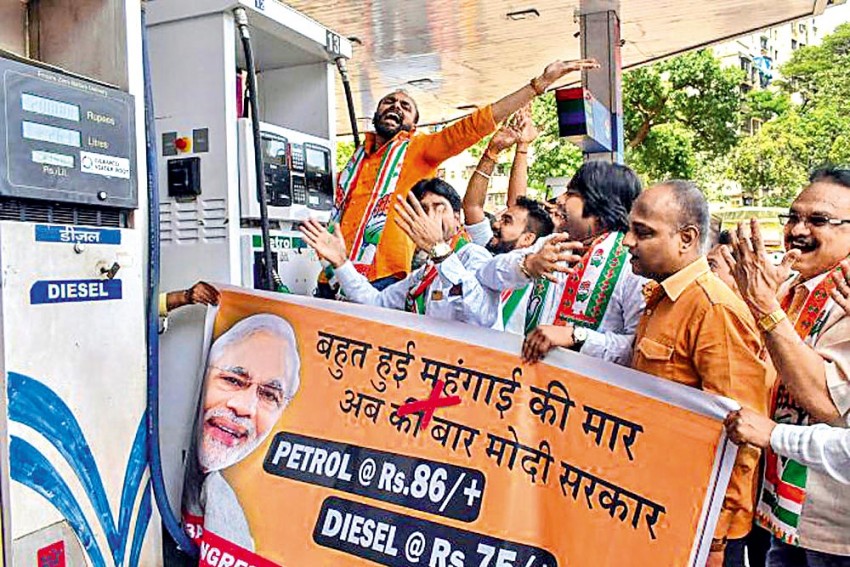 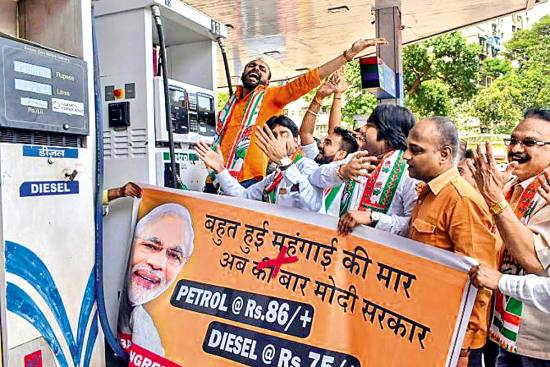 With less than seven months of the BJP-led NDA government’s term remaining, it’s time to do a holistic assessment of its performance. Social cohesion has undeniably been the principal casualty. The Indian Right’s collective DNA is yet to reconcile with why India’s religious division never reached its rational climax—if an Islamic Pakistan was born out of that blood-stained Partition, why not a Hindu Hindustan? In 2014, riding on the boniest electoral mooring any majority government has had since 1952, the right-wingers set out to rewrite the fundamental compact underpinning the Indian Republic.

Deploying a toxic cocktail of hyper-nationalism and totalitarianism reminiscent of the ‘Night of the Long Knives’ and the ‘Night of the Broken Glass’ in Nazi Germany, a spectre of terror has been unleashed to convert India from a secular to a theocratic nation. A new language was invented that makes critiquing the BJP tantamount to treason, criticising the government equivalent to sedition and questioning the establishment downright blasphemous. Prestigious institutions were labelled anti-national because some students allegedly shouted imbecile slogans that were never dignified with a res­ponse earlier. Lynchings in the name of cow-protection, an oxymoron called ‘love jihad’, a reconversion programme labe­lled ‘ghar wapsi’, and constriction of liberal spaces have been clinically deployed to send out a message to all minorities as well as recalcitrant liberals among the majority that a de-facto majoritarian state is in place.

This goes against the basic grain of the majority faith in India, which is not monotheistic—its pantheon comprises millions of deities, and even an agnostic or an atheist can be a Hindu. ‘Live and let live’—that’s the essence of Hinduism, which spread bec­ause of its intrinsic benignity, the foundation of its acceptability, unlike other faiths that were spread by the sword. This government’s zealots and their ideological carpetbaggers have not understood the very sine qua non of the creed underlying their politics—that Hindus are averse to social disruption.

The foremost casualty of this ill-conceived policy has been economic development. Does PM Narendra Modi not realise that social conflict and economic development are anathema to each other? Subtrac­ting the statistical jugglery accomplished by changing the base year from 2004-05 to 2010-11, real GDP growth over the past 53 months has averaged a measly five per cent. The past three years have been the worst in terms of investments by domestic corporates. There has been a flight of capital, with thousands of high net worth individuals opting to become non-residents. Agrarian distress is at an all-time high with farmers agitations sweeping most states. Demonetisation coupled with an irrational GST has wiped out the informal sector. According to the International Labour Organisation, most of the 8.23 lakh jobs generated until October 2017 are classified as vulnerable employment. This, from a government that promised 10 crore new jobs in five years!

With crude oil prices hardening a wee bit after four years of being very low, the government has jacked up petrol and diesel prices to extraordinary levels. Though crude oil price qua the India basket was $77.88 in September, for most of October 2018, petrol hovered around Rs 82 per litre in Delhi, while diesel was about Rs 74 and a 14.2 kg LPG cylinder cost Rs 879. Contrast this with prices a decade ago, under the Congress-led UPA government. In May, June and July 2008, when the Indian crude basket was averaging $120.91, $129.72 and $132.47, respectively, petrol was selling at Rs 50.56 in Delhi, diesel at Rs 34.80 and an LPG cylinder at Rs 344.75. If the UPA could sell petrol, diesel and LPG at half the price, why can’t the current government that has enjoyed a windfall in terms of crude prices?

The other sectors are no less frightening. On May 26, 2014, the exchange rate was Rs 58.50 to a dollar; on November 4, 2018, it stands at Rs 72.92. A specious argument is being floated that a weaker rupee helps Indian exports by making them competitive—by the same measure, a fragile rupee makes imports more costly.

This is the only ­question India should ask itself now: Is this what we want for the next five years?

The track record on internal security, too, is hardly inspiring. The inability of the Election Commission to hold parliamentary bypolls in Anantnag for over a year after postponing it indefinitely on May 12, 2017, is a poignant admission of the security establishment’s ineptitude. The blatant communalisation of the brutal rape and murder of an eight-year-old girl from the nomadic Bakarwal community has further undermined communal amity in Jammu & Kashmir. The non-existent turnout in the panchayat elections and repeated casualties among security forces due to stone-pelting only underscores the widening chasm. The new governor is an old political hand, but it is unclear as to how much he understands the nuances of the Kashmir situation.

Elsewhere, the Naxal challenge has intensified. The attack on a Doordarshan crew is the latest manifestation of their ability to hit perceived state targets with impunity. The mythical Naga accord is yet to see the light of day, despite a secretive “framework agreement” signed by the PM and representatives of the largest insurgent group, NSCN(I-M) in August 2015. Moreover, the ceasefire agreement between India and Pakistan, which came into effect on November 26, 2003, has virtually been a dead letter since September 2014.

And foreign policy is no better despite the PM making as many as 40 foreign trips and visiting 58 countries in four years—he disrupted the equilibrium between the great powers that was deftly maintained by his predecessors. So we saw Russia warming up to Pakistan even at the height of the alleged surgical strikes, and the worst standoff in recent years with China, at Doklam. Even the US has hardened its position on trade and visa issues. Europe has fallen off the map and Africa and South America do not seem to exist for this government. The neighbourhood is bending to the Chinese wind and India’s hegemony in the near-abroad seems to be a thing of the past.

The worst, though, has been the systematic subversion of institutions. Universities have been packed with ideological fellow-travellers; the standoff with the judiciary has added to judicial backlog clogging the system; investigative agencies have been gutted due to internecine warfare, primarily due to misuse of the CBI, ED and I-T department against political rivals, emboldening certain officers to take the law into their own hands and run alleged extortion rackets. As the run-up to 2019 intensifies, this is the only question India should ask itself: Is this what we want for the next five years?

(The writer is a senior Congress leader.)

Varanasi: Modi Won A New Fort In 2014, His Hold Over It Still Seems Firm