Will Change Favour BJP In Kerala?

The BJP in Kerala has been in the news ever since the Supreme Court verdict on Sabarimala temple. 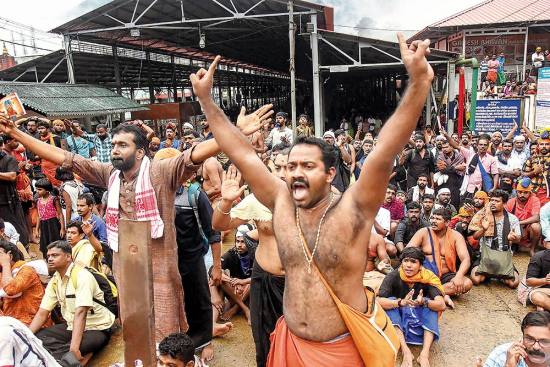 Ever since the Supreme Court judgment on September 28 that lifted the ban on women between the ages of 10 and 50 worshipping at Sabarimala temple, the BJP in Kerala has been in the news. The CPI(M)-led Left Democratic Front state government quickly moved to implement the order, while the Congress-led United Democratic Front (UDF) opposed it. Initially the BJP welcomed the judgment, but U-turned to join protesters.

As BJP state president P.S. Sreedharan Pillai put it, the agi­tation was a “golden opportunity”. Though the party had made steady gains in the 2014 Lok Sabha election and the 2016 assembly election, the Left’s victory in May’s Chen­gannur by election—which Pillai himself contested—was a setback, with the BJP’s vote share dipping by 7,500.  But five months later, Pillai was taking CM Pinarayi Vijayan head on.