China Has A Great Wall To Leap Over In New Kabul

America may have exited, but Beijing’s bosses cannot expect to simply waltz into the vacuum in Taliban-held Afghanistan. Their concerns are the same: instability, violence, terror. 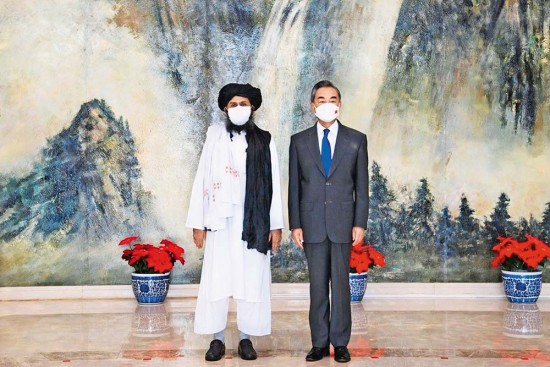 As the United States nears the completion of its withdrawal from Afghanistan, it’s tempting to view the departure through the lens of great power rivalry: Beijing will fill the vacuum left by America’s exit, step up its influence in Afghanistan, and join forces with regional partners Pakistan, Russia, and Iran to make a major imprint on a post-America Afghanistan. In reality, it’s not nearly as simple as that. America’s departure does provide a strategic opportunity for Beijing and other US rivals. But capitalising on this opportunity will be no cake walk.

It’s folly to assume China will simply waltz into Afghanistan, post-US withdrawal, and start building influence. Beijing has a cordial relationship with Kabul, and it has developed strong contacts with the Taliban. But China’s physical presence in Afghanistan is modest. Beijing is known for investing in volatile spaces, from Pakistan to sub-Saharan Africa, but it isn’t a major economic player in Afghanistan. Because of the war, it has held back from bringing in its Belt and Road Initiative. If it was hesitant to deploy capital before the US withdrawal, it will be even more anxious post-withdrawal, when violence and conflict will intensify.