Travelling without their loved ones, coming just before and shipping out within 48 hours of competing, being unable to watch other games…Tokyo was an empty bubble for athletes. 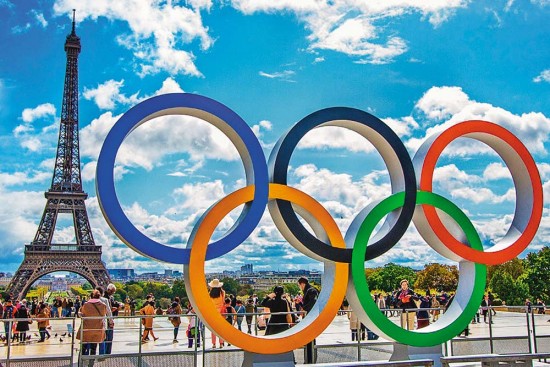 They’ll always have Paris. That thought has been a lifebuoy for athletes to cling to as they coped with thickets of restrictions at the pandemic-hit Tokyo Games. Barred from bringing family and friends, playing in empty arenas and not allowed to sightsee in Tokyo, some athletes found themselves day-dreaming about the French capital’s Olympic rendezvous in 2024, reports the Associated Press. If the pandemic is tamed by then, the Paris Games could become the party games. Already, there is palpable pent-up eagerness among athletes to make up for Tokyo.  “When Paris happens, I’ll be like, ‘Ok, wow, like this is a whole new energy. This is it,” said US skateboarder Mariah Duran.

For now, Paris officials say they’re betting that the pandemic will be over by then. “Normally, we’ll be able to party,” the city’s mayor, Anne Hidalgo, said on August 8. But if the coronavirus is still ruining the best-laid plans, then Tokyo has served up a model. It pared the games down to their most essential ingredient: competition. Paris officials say that they’ll also plan for the worst. Toughest for many Olympians was not being accompanied to Japan by loved ones. Travelling without her parents for the first time at age 17, US skateboarder Brighton Zeuner stayed closely connected even during competition, video-calling her father from the Olympic skate bowl “between every single run I did”.