Foreign Hand: Does Your Politics Shout?

'One of the things that Trump never did was whisper,' says a language expert. Well, Biden is not coming up short on that front. Talk about intimacy in politics. 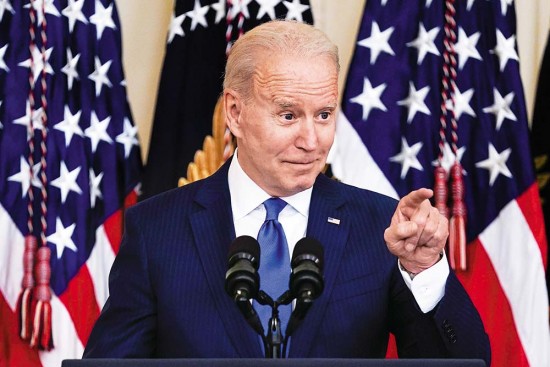 US President Joe Biden was at a public transit station in Wisconsin, talking about repairing roads and bridges, when he shifted gears and began defending his plan to send money to parents for each minor child, payments some critics call a “giveaway”.  Biden folded his arms, rested on the lectern, leaned into the microphone and lowered his voice. “Hey, guys, I think it’s time to give ordinary people a tax break,” he said, almost whispering. “The wealthy are doing fine.” It was the latest instance of Biden speaking volumes by whispering.

The White House and communications experts say Biden’s whispering is just his old-school way of trying to connect while emphasising a point, reports the Associated Press. Biden’s critics on the right as well as some late-night TV talk show hosts say the whispers are “creepy” and “weird”. Conservatives use it to fuel the narrative that the Democratic president is unfit for the job, and comedians deploy it to generate laughs. Biden whispered some of his answers to reporters’ questions during an impromptu White House news conference last month after he and a group of Senate Republicans announced they had reached a deal to spend $973 billion on rebuilding the nation’s infrastructure. Vanessa Beasley, associate professor of communication studies at Vanderbilt University, said the whispering by Biden—a senator and vice president for a total of over 40 years—is a throwback to a time of chummier relations between lawmakers and members of the Washington press. “I think it’s a symbolic gesture to...intimacy and familiarity,” she says.