Democracy is straining at the seams as authoritarian governments across the world lock horns with citizens. 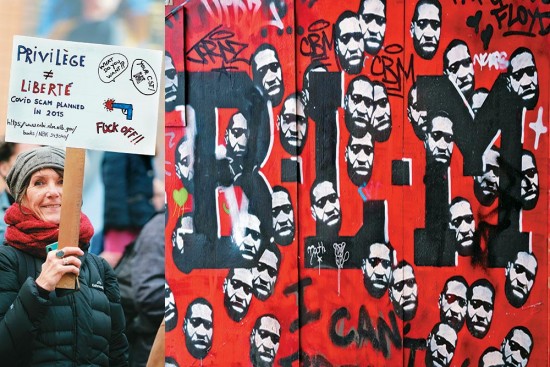 Across the world, as citizens challenge the established order, protest movements take shape. Some change his­tory. Others are cru­shed. But the­­re are a few rare ones that capture the world’s imagination. The desperate self-immolation of a young man in Tunisia in December 2010 did just that, as hope for change swept across the Arab world.

Black Lives Matter (BLM) is another iconic mov­e­ment of our times—a fight for justice in the US that reverberated among young immigrants in Europe, who saw in it a reflection of their own pli­ght. While BLM has brought out latent divisions in American society and politics, Joe Biden’s election victory can also be attributed to BLM’s mobilisation of black voters and their determination to oust Donald Trump from the White House.