Blinded, bereaved, besieged…. Since the ’90s, Delhi has been a safe haven for Afghans fleeing their benighted country. Outlook meets up with a fresh batch of refugees from horror.

Afghan refugees have arrived in India in gushes and trickles ever since the ‘90s. when the country descended into civil war and then was hostage to Taliban persecution—beleagured Sikhs and Hindus, as well as ordinary Afghans fallen afoul of the Islamists and snuffed out of a livelihood. Now, with Afghanistan sliding back into the future and the Taliban back in control, more Afghans have sought refuge here. Most leave behind torn, tortured lives. For many, emotional trauma is a constant companion; others bear signs of physical assault; all are distraught. Outlook met a few of them and listened to their tales of woe. 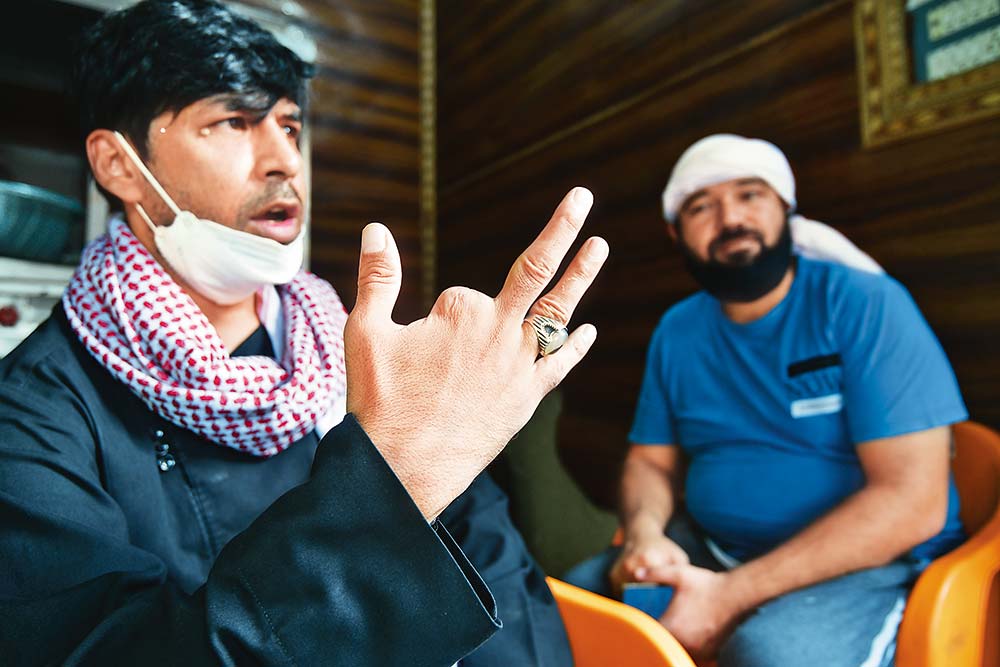 Two Who Got Away

The Taliban, too, have uses for skilled Afghans. Khalid Mohammadi, 37, worked for a transport firm in Afghanistan and when he was sought to be dragooned by the Taliban, he had the courage to demur. As he fled, with the Islamists in hot pursuit, they fired, and a bullet ripped Khalid’s finger clean out of his hand. Khalid managed to flee to India, leaving his family behind, for whom he worries daily now that the Taliban are back in power. In Delhi, Khalid drove a taxi before ill-luck struck again: an accident resulted in his car and papers being impounded by the police. He spends his days in anxious desperation.

Javed’s story is the same: a flight, pell mell, from his war-torn country, except that the 49-year-old was singularly lucky in being able to bring his family along with him. Yet Javed had everything going for him—as owner of a popular restaurant in Kabul, he had good reason to expect a prosperous future. The skies darkened for him the day one of his wife’s relatives, who had joined the Taliban, brought a proposal—nay, an order—of active cooperation. A refusal incurred instant wrath: a bomb blast left his eatery in a smouldering ruin. Javed now runs an Afghan cuisine food van, still picking up pieces of his life. 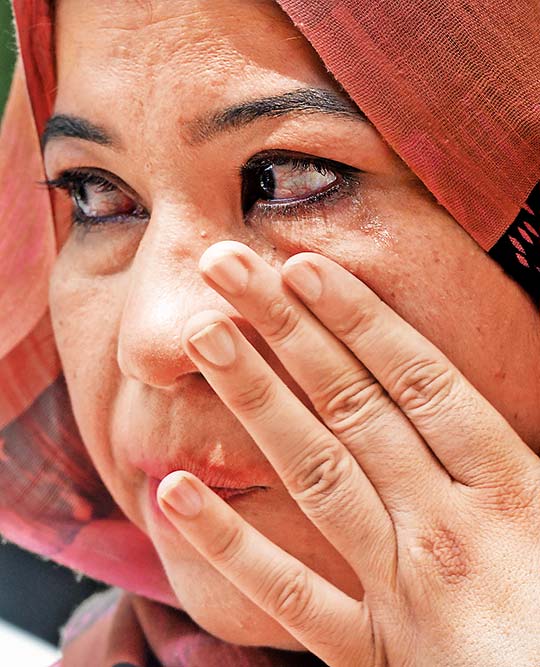 Fahima, the beautician from Kabul, fears for her family

Hers is the kind of profession that was possible in Afghanistan—after two decades of civil war and mayhem—only after the fall of the Taliban in 2001. Fahima was a beautician in Kabul and when the apprehensive owner shut the parlour, terrified of an imminent Taliban takeover, the 38-year-old grabbed the opportunity to board an India-bound flight. In the chaos, she was separated from her husband and four children. She particularly worries for a beloved daughter, still only 16. Fahima now wants a visa for France, where her sister lives. “India, please help me,” goes her anguished cry. 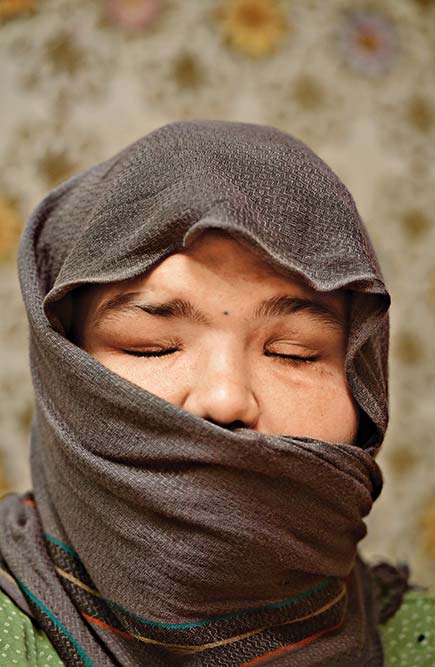 It’s the saddest story amongst all the tales of distraught Afghan refugees in India. But Hazhara would have known, when she took up the job of a policewoman in Afghanistan, that she was running a grave risk in a country witnessing a resurgence of Islamist orthodoxy in the shape of the Taliban. First they warned her; then came the threats and then, the fateful attack: she was shot, blinded and left to die. But the doughty 33-year-old, pregnant at the time, survived, and gave birth to a girl. When word got round to the Taliban, Hazhara took the decision that brought her to Delhi in 2020. The Indian doctors, however, made a grave diagnosis: she was unlikely to get back her sight. 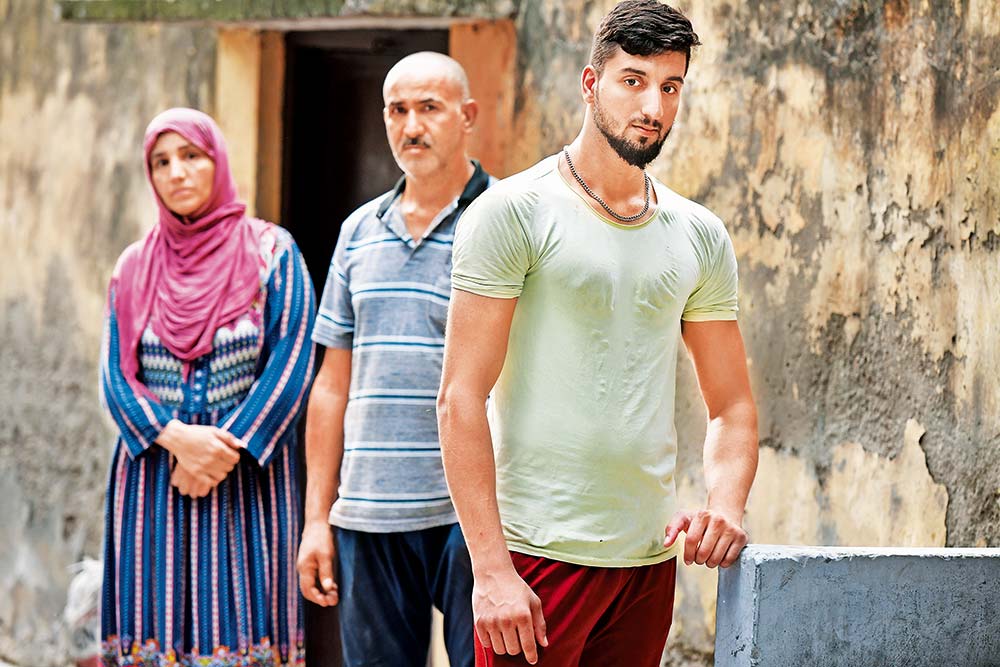 The Taliban’s political fortunes in Afghanistan neatly circumscribes Amir’s 27-year-old life. As a five-year-old living in his homeland, he remembers the enveloping sense of dread as bands of marauders went about their daily praxis of repression and unreason in the name of religious law. Long since in India, Amir regards the Taliban’s return with resigned disappointment. “The Taliban will again stop girls from being educated, nor will they allow them to work...they will take away all of women’s hard-fought rights. Music and dance, naturally, will be the first casualty,” says Amir. The day the Taliban advanced guard, Amir spent a sleepless night. All he prays now is for the safety of relatives who remain in the country.

Text and Photographs by Tribhuvan Tiwari