The Taliban’s writ now runs in Afghanistan. India, through dexterous diplomacy, must safeguard its interests by talking to the Taliban as well as its numerous friends there. 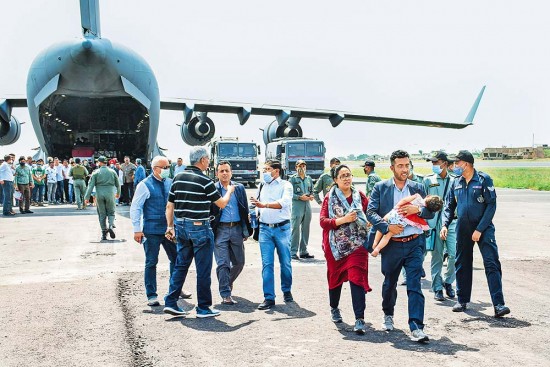 The Taliban triumphed on the Afghan battlefield as the US and other foreign forces packed their bags. It occupied the presidential palace in Kabul, called Arg, within nine days of capturing the first provincial capital, Nimroz. Afghan armed forces had abjectly given in, exhausted and demoralised. Dwindling domestic and foreign support for the Afghan government had added fresh wind to the Taliban’s sails. For the Taliban, the February 2020 Doha peace agreement embodied the US decision to abandon Afghanistan. The Taliban correctly surmised that the US stood def­eated and would not impede its march to Kabul. The desultory bombing by a few B-52s last week further confirmed the Taliban’s reckoning. Its quick campaign, comprising military, political, and propaganda components, culminated in outright victory.

While the Taliban postured that it was willing to have a negotiated settlement, for which a team headed by Mullah Abdul Ghani Baradar was present in Doha, it determined that the regime and constitution put in place by the US must go. Thus, the intra-Afghan talks between the Afghan government and the Taliban, which were tardy and had a difficult start, never stood a cha­nce. Before real negotiations could begin, the ground situation changed dramatically.