The Harappa of Mesoamerica

Teotihuacán whispers to us in its unknown language: we understand because Mexico and India share the same storyline 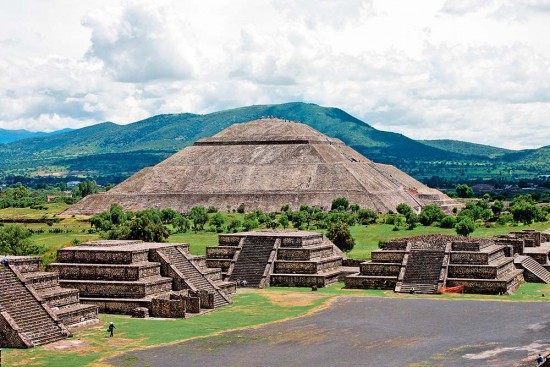 An hour’s drive from the centre of Mexico City in the Valley of Mexico there are ruins of an ancient city now known as Teotihuacán, with a number of giant pyramids whose shapes echo the mountains in the background, and with the remains of apartment compounds, plazas, temples, murals and palaces. Teotihuacán is not its original name: it is a name given by the Náhuatl people, more recent settlers in that part of Mexico who never met the old ones who built it. So its original name has been lost, like the Toltec people who built it two and a half millennia ago and made it a centre of trade and the most important city in Mesoamerica. Walking along the Avenue of the Dead in deserted Teotihuacán is like being transported back to our own past, the mysterious city of Harappa, whose real name we also do not know. Mexico, like India, has a ‘past before the past’.

My visit to Mexico was a last-minute surprise. I needed to get to California, but there was a ban on travel from India to the US. The only way to get around that was to include a two-week stop in Mexico, after which I would no longer be ‘traveling from India’. And yet, as I breathed the air of Mexico, and my linguistic antlers picked up the trail, I was reminded all the time of India, of our similar pasts and a present that felt in so many ways…familiar.