Fahim Dashty resisted, till death, the Taliban’s sectarianism. His heart beat only for a modern, democratic Afghanistan. 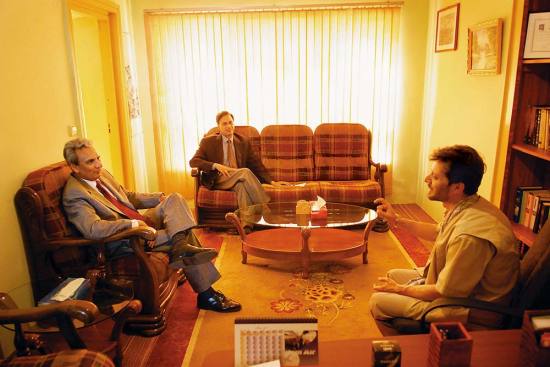 Afghanistan’s National Resistance Front spokesperson, the well-regarded journalist Fahim Dashty, was allegedly killed by a Pakistani drone, according to a tweet early morning on September 6 by Bernard-Henri Lévy. Social media has been flooded with unconfirmed acc­ounts about the deployment of Pakistan Army’s special forces and the use of drones and attack helicopters. While Panjshir faced this vicious onslaught, the head of the Inter-Services Intelligence, General Faiz Hamed, was headquartered in Kabul’s Serena Hotel, coordinating Pakistani support to the Taliban offensive against the resistance, as also the process of government formation by the Taliban factions occupying different strategic locations in Kabul.

Fahim served as the editor of Kabul Weekly for several years. This was an independent publication carrying articles in three languages—English, Dari and Pashto. That is when a brilliant Indian Foreign Service officer who was the political and information counsellor in the Indian Embassy, Venkat Rao, befriended Fahim. I vividly recall the many conversations we had from those days. What struck me was Fahim’s secular outlook and his strong sense of history. Venkat was killed in the bombing of the Indian embassy by the Haqqani Network in July 2008.

In my many interactions with him, I was struck by Fahim’s secular outlook and sense of history.

As Ahmad Shah Massoud’s admirer and friend, the famous National Geographic photographer, Reza Deghati, had filmed and photographed Massoud for over two decades until he was killed in his camp at Khajeh-Bahaoddin on September 9, 2001, two days before the September 11 attacks on Washington DC and New York. Since Fahim Dashty was Massoud’s associate, and close to Reza, Reza had given him a camera. Fahim was taking pictures with that camera at the very mom­ent that a Morocco-origin Al Qaeda assassin triggered a powerful bomb hidden inside a television camera, killing Massoud instantly and grievously wounding the Afghan Ambassador to India, Masood Khalili, who was that morning Massoud’s tarjuman (int­erpreter), as the Moroccan spoke no Dari. When the explosive detonated, the camera gifted by Reza providentially saved Fahim’s life as it took the impact of the bomb and covered his face at the time of the blast. Only his two hands had shrapnel wounds. Fahim thought at the time that it was his camera that had exploded!

The resistance has been fighting a solitary battle, against great odds, with no help from any quarter. Fahim Dashty and the acting president of the Islamic Republic of Afghanistan, Amrullah Saleh, repeatedly messaged that they were resisting not for any particular ethnicity or a single province but for all Afghans who cared for their independence and republicanism. “If we are all killed in the resistance, this is a winning situation for us,” tweeted Fahim hours before his martyrdom, and added: “History will write about us that there are people who stood for their nation to the end of line.” A prophetic epitaph.

(This appeared in the print edition as "Steadfast Till The End")

Prasad is a former indian ambassador to afghanistan