Despite holding sizable territory, China has stayed away from the Kashmir dispute, leaving India and Pakistan to have it out among themselves. However, by supporting Pakistan and criticising India, China appears to have lost that neutrality. 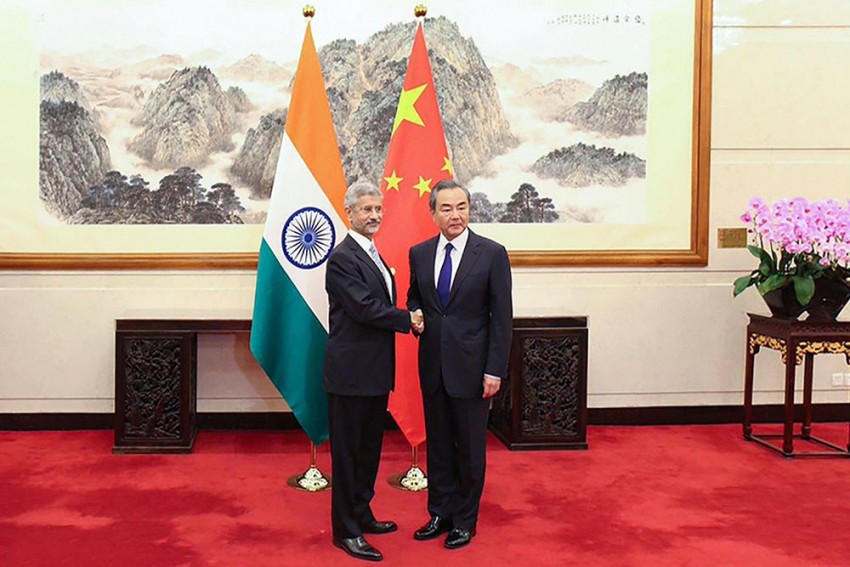 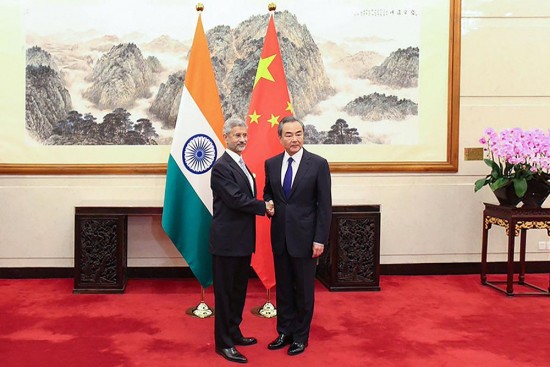 The fear psychosis over India-­Pakistan tensions turning into a South Asian nuclear Armageddon is periodically raised in certain quarters around the world. That has so far failed to force the United Nations Security Council (UNSC) to convene a meeting for a det­ailed discussion on the hostility bet­w­een the two neighbours, seen in the light of new developments in Jammu and Kashmir.

In nearly five decades, the UNSC—the world’s highest body on security-related issues—have been consistently reluctant to debate the possible future and impact of India-Pakistan relations. The last time it met to discuss a matter related to India-Pakistan ties was in 1971. Truly momentous developments of that year witnessed a gargantuan influx of refugees from erstwhile East Pakistan into India, a third India-Pakistan war and the creation of the new nation of Bangladesh.

Therefore, when a desperate Pakistan seeks China’s support to diplomatically embarrass India in the wake of the abr­ogation of Article 370 and bifurcation of J&K into two Union territories, can their joint effort convince the UNSC to convene a ‘meeting’ to discuss the imp­act of India’s decisions? Not every gathering of the UNSC is called a ‘meeting’—it is termed as such when most members agree to meet urgently to discuss a development with a likely global impact. Soon after India’s decision on Kashmir, a breathless Pakistan had rushed foreign minister Shah Mehmood Qureshi to Beijing to garner China’s support. He subsequently ann­ounced that Pakistan was to raise Kashmir at the UN Security Council.

China, on its part, had also issued a strong statement criticising India and asked it to normalise relations with Pakistan. Much of the Chinese concern is over the fate of Ladakh as a UT and its possible impact on the unresolved Sino-Indian boundary. These points were also raised when Indian foreign minister S. Jaishankar visited Beijing recently for discussions on bilateral matters with his Chinese counterpart Wang Yi.

Jaishankar explained the Indian position; crucially, he also did some plain-speaking. He assured the Chinese that India’s decision on J&K was an “internal matter” that had no bearing on the external boundaries and the Line of Actual Control that runs along the 4,057-km-long unresolved boundary between the two countries. “The legislative measures were aimed at better governance and socio-economic development,” he told Wang. “India was not raising any additional territorial claims. The Chinese concerns in this regard were therefore, misplaced,” he added. Such changes, Jaishankar asserted, would also not affect Pakistan or the Line of Control between it and India. In a sharp riposte, he felt the Chinese should base their assessment of “India-Pakistan relation” on “realities”.

Jaishankar’s response came after Wang drew his attention to India’s dec­ision on Kashmir and peace with Pak­istan. Pointing to the ground reality, Jaishankar stressed it was India that had shown continual restraint in the face of a series of provocations from Islamabad, esp­ecially their persistent practice to use terrorism as a foreign policy tool. Clearly, normalisation of ties could not be expected as terrorism emanating from Pakistan continued unabated. 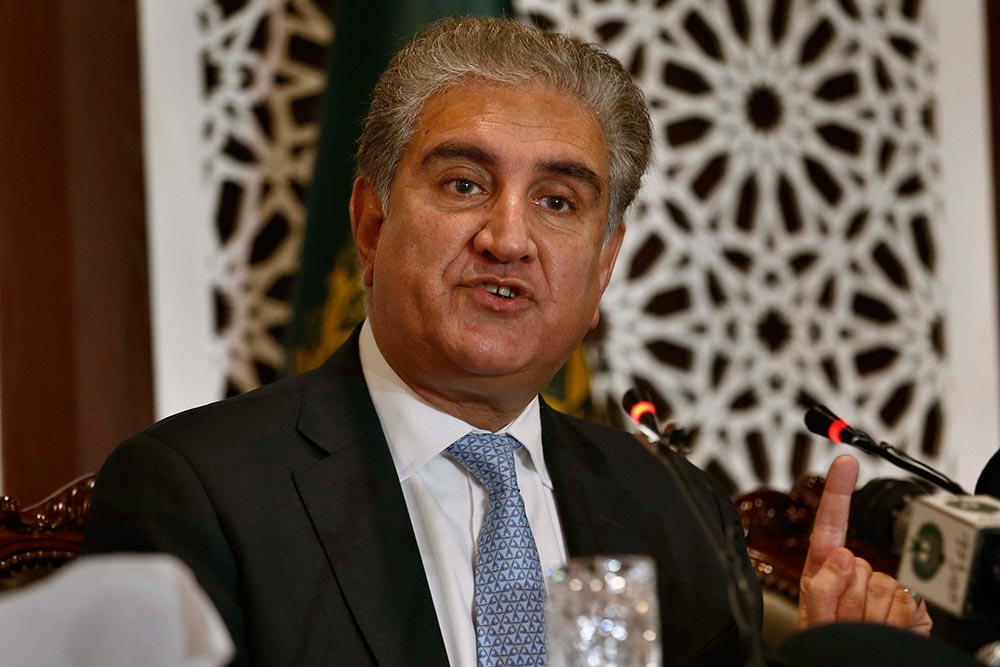 Apropos ties with China, Jai­shankar acknowledged that “it is natural, both as neighbours and as large developing economies, there will be issues in our ties. Properly managing ties is therefore vital…. Differences should not bec­ome dispu­tes. That is how India-China relations can remain a factor of stability in an uncertain world”. He also met China’s vice president Wang Qishan, a leader believed to be the confidant of President Xi Jinping.

Though indications suggest that India and China are keen to maintain a spirit of cordiality and cooperation achieved after the informal summit between President Xi and PM Narendra Modi at Wuhan last year, Beijing’s strong res­ponse to changes wrought in Kashmir has baffled many in New Delhi.

The territory of Jammu and Kashmir in 1947 was over 2, 22, 236 sq km, of which over 42,700 sq. km is now in China’s possession, including the erstwhile principality of Minsar, over 37, 244 sq km of Aksai Chin and more than 5,180 sq.km of Shaksgam Valley gifted to it by Pakistan through a 1963 boundary agreement. But despite holding sizable territory, China has stayed away from the Kashmir dispute, leaving India and Pakistan to have it out among themselves.

However, by supporting Pakistan and criticising India, China appears to have lost that neutrality; henceforth, it, too, will be seen as an interested party. Most observers, however, feel that China may not like to open a front with India at the international stage by helping Pakistan lobby with UNSC members to convene a meeting on Kashmir. Very possibly, such inaction would result after a pat­ient assessment of the prevailing ground reality at the UNSC.

Significantly, this was also reflected in Qureshi’s recent remarks. While add­ressing a rally in Pakistan-occupied Kashmir, he said that trying to corner India internationally on the Kashmir issue was proving to be extremely tough. This, he felt, was because most countries, including key Islamic nations, were averse to anger India because of the attraction it has as an investment destination and the lure of the mammoth Indian market. “Don’t think people are waiting with garlands to welcome us at the UN Security Council,” Qureshi admitted recently.

Ever since the 1972 Shimla Agreement, when India and Pakistan had agreed to resolve all outstanding disputes, inc­luding Kashmir, through peaceful, bil­ateral negotiations, it is extremely difficult for Pakistan to convince UNSC members to take up Kashmir. Indian diplomats who have served in the UN point out that the Agreement, under Article 104 of the UN Charter, is now in its data bank. Therefore, any time a dispute between India and Pakistan is raised, the UN refers to the same, asking the two countries to resolve it in the spirit of the bilateral treaty.

Moreover, to ask for a meeting, the proposed item for discussion has to have the support of a majority in the Council. This means at least eight member-nations. Moreover, all five permanent members will have to agree to the initiative. The US, Russia and France have all shown an understanding of the Indian position that its decision on abrogating Article 370 was an “int­ernal matter”. Poland, the current president of the UNSC, has also made it clear that it is with India on this issue. The numbers certainly do not add up for Pakistan.

While Imran is likely to raise Cain over Kashmir, PM Modi may even choose to ignore it altogether and stress on development and other major issues affecting the world, identifying them as huge challenges. In such a situation, a junior Indian diplomat may be deputed to answer the charges that Imran is likely to level against India and also explain the Indian rationale behind its decision on Kashmir.

Its earnest protestations at the grand forum of the UN General Assembly might attract the tepid att­ention that its decision to downgrade diplomatic and trade ties with India did, but it may take a while for Pakistan to accept the reality that it cannot have any say on what happens in Jammu and Kashmir.