US pulled out of Afghanistan after two decades, leaving the war-ravaged country in the hands of the same radical group it had set out to vanquish 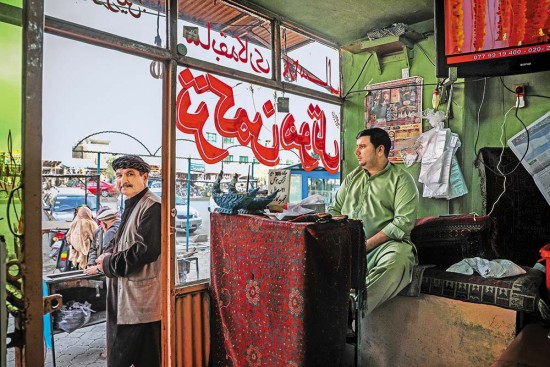 The whole planet’s eyes are on us—on Kabul, freshly captured. But on Wednesday, August 18, a presaging of what may lie ahead for Afghanistan came from a town some 240 northwest of the capital city. The central highlands are a landscape carved with dramatic cliffs and caves, mysterious places that have now revealed the world’s oldest oil paintings. Here, back in March 2001, the Taliban had thrown down perhaps their most stunning challenge to history. Bamiyan: the very name suffices to bring up, with a shiver, memories of the giant 6th century Buddha statues being pulverised into nothing. Now, Abdul Ali Mazari was no Buddha. An advocate of federalism and equal representation, he was also party to the endless civil war that beset Afghanistan before and during the Taliban’s first arrival on the scene in the 1990s—till he was tortured and murdered in 1995. Ashraf Ghani, the deposed president who fled the country on Sunday, had called him ‘Martyr of National Unity’. But on Wednesday, the Taliban dealt Mazari a symbolic second death—blowing up his Grecian-style statue in Bamiyan.

There’s a mismatch between that act and how things were presented in Kabul, post-takeover. Just a day ago, Zabihullah Mujahid, the secretive Taliban spokesman who no one had ever seen, had come out in the open after 14 years and spoken calm, conciliatory words at a press conference. No revenge, no conflict, no internal enemies, no ­executions, no hounding of journalists, no oppression of women, he said. A day later, the Mazari statue came down. Now, Bamiyan is the heart of Hazarajat region; Mazari was a leader of the Hazaras, a persecuted ethnic minority who ­follow Shia Islam. This symbolic execution can only be an ominous sign—a sign that the words spoken by the Taliban representative may only have been part of an image-building exercise meant for the international community.