‘You Could Become The Governor Of WB’ 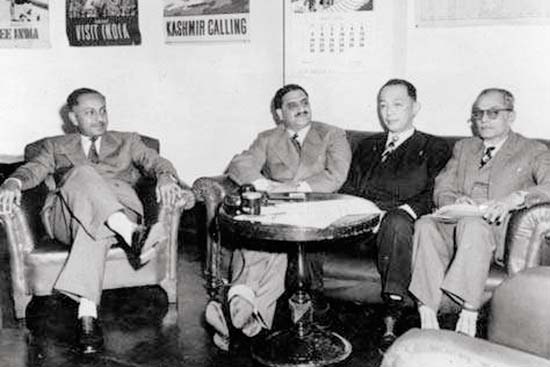 The most sensational part of the documents related to the Shah Nawaz Khan committee set up by Jawaharlal Nehru concerns the allegations made by Bose’s elder brother Suresh Chandra Bose, who himself was a committee member. In his dissenting report, he claimed that the other two members of the committee were influenced by Nehru and that he himself had been told by Khan, INA veteran and com­mittee chairman, that he could become the governor of West Bengal if only he agreed to sign the final report confirming that Netaji died in the plane crash.

Three documents related to the committee, which submitted its report in August 1956, and are now available in the National Archives for public viewing, are of interest. One is a short list of points supposedly agreed upon by all the three members for preparing the draft report. This was also signed by Suresh Chandra Bose. The committee noted with surprise that Netaji was not provided a separate plane at Saigon and seats for his entourage. His treatment in a small military hospital by a junior medical officer, denial of full military funeral, with his body placed on a gun carriage etc, the manner of cremation etc, the committee noted, were not in sync with his stature.