2 Decades of Efforts to Disarm N Korea 'Have Failed': Tillerson 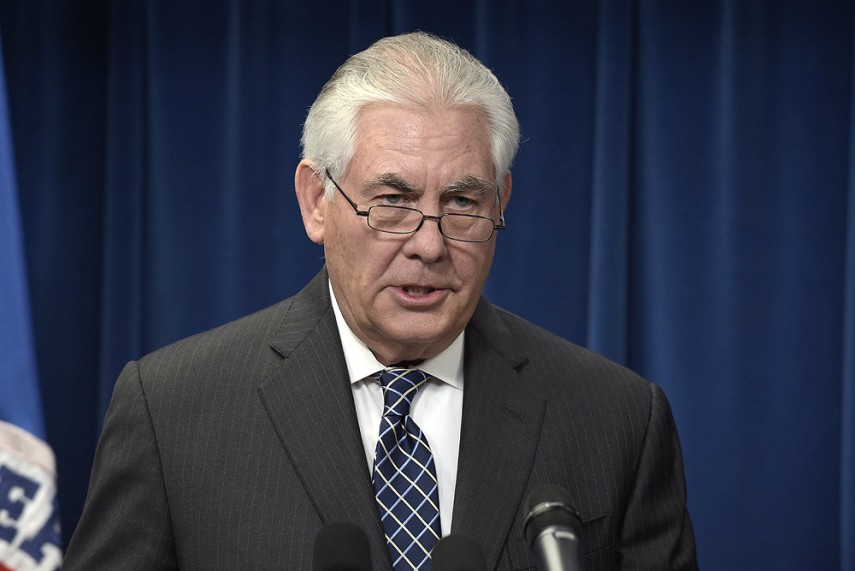 During a visit to Japan at the start of an Asian tour, Secretary of State Rex Tillerson said China needed to play its part in reining in its errant neighbour.

In his first major foray into crisis diplomacy, the new US envoy is looking to reassure key Asian allies that Washington stands with them in the face of the accelerating nuclear and missile threats from North Korea.

But he warned that past policies and punishments have had virtually no effect on Pyongyang's ambitions.

"I think it's important to recognise that the diplomatic and other efforts of the past 20 years to bring North Korea to a point of denuclearisation have failed," he told a press conference with Japan's Foreign Minister Fumio Kishida.

"In the face of the ever escalating threat it is clear that a new approach is required."

He also said that the US will continue to work closely with Japan and South Korea in countering the threat, but also extended an olive branch to the country's people.

"North Korea and its people need not fear the United States or their neighbours in the region who seek only to live in peace with North Korea," he said, suggesting that criticism was aimed at the regime in Pyongyang.

President Donald Trump had caused consternation during his White House campaign by suggesting US allies Japan and South Korea need to do more to defend themselves, but since taking office has been careful to offer complete support.

"The US Japan alliance remains the cornerstone of peace and stability in the Asia-Pacific region," he told Kishida earlier at the start of their meeting, before he held talks Prime Minister Shinzo Abe.

But he also stressed the importance of three-way cooperation with South Korea, calling it "critical in particular as we address North Korea's nuclear and ballistic missiles programmes".

"I highly value the fact that you chose Japan as your first place to visit in Asia," he said, adding that it indicates the "importance" the US attaches to the relationship.

The tour, which also includes South Korea and China, is Tillerson's first major foray into crisis diplomacy, after brief trips to Bonn and Mexico City.

After Tokyo, Tillerson will fly to Seoul for talks with South Korea's acting leader, and at the weekend he heads to Beijing amid reports he will seek to finalise plans for Chinese leader Xi Jinping to visit Trump in April.

US officials have been spooked by North Korea's accelerating progress towards building an intercontinental ballistic missile that could threaten US mainland cities.