2016: When Violence Prevailed Over Peace In J&K 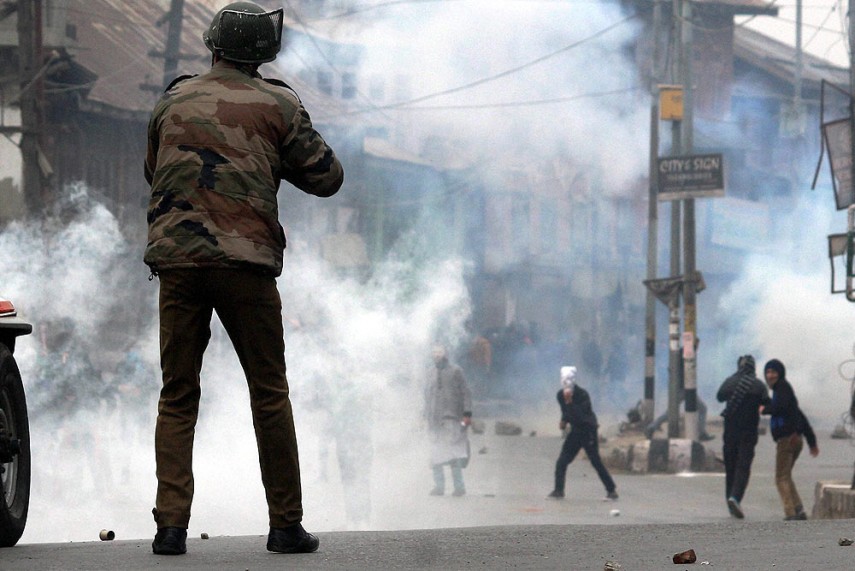 2016 turned out to be one of the bloodiest years for security forces in Jammu and Kashmir's history though they managed to eliminate some top militant commanders including Hizbul Mujahideen's Burhan Wani.

Wani was the poster boy of militancy in the Valley and attracted many youth to Hizbul Mujahideen and his killing was seen as a big achievement for the forces. But his killing sparked violent protests in the Valley which continued for over four months.

Till December 18, 2016 was one of the bloodiest years for the security forces as they suffered more casualties than in the last eight years since 2008.

In 2008, 90 security forces personnel were killed in the state and while the numbers showed a declining trend till the year 2012 when they suffered 17 fatalities, the casualties increased in 2013 to 61.

In 2014, the casualties decreased to 51 which went further down the next year to 41.

However, in 2016, 87 security forces personnel were killed in militancy-related incidents in the state, according to official data.

A total of 165 militants were also killed in 2016, which is the highest in the last six years.

In 2015, 113 militants were killed in security forces actions. The first major attack of 2016 was on February 21, when three militants stormed Entrepreneurship Development Institute (EDI) at Pampore after attacking a CRPF convoy on the Srinagar-Jammu national highway, killing two CRPF men.

The EDI campus was the scene of another major attack later in the year when two militants stormed it on October 10 and engaged the security forces for 56 hours before they were killed. One army jawan was injured in the gun-battle.

Pampore turned into a battle-ground once again on June 25 when militants ambushed CRPF convoy at Frestbal area on the National Highway. The militants fired indiscriminately at the CRPF bus killing eight paramilitary troopers and injuring 20 others. Two militants were also killed in the exchange of fire.

June saw massive casualties inflicted both on security forces as well as militants. While 24 militants were killed that month, the highest in a single month in 2016, 15 security forces personnel also lost their lives in militant actions.

The month of September, however, was the deadliest in 2016 when 24 security forces personnel were killed militancy- related incidents in the state.

Twenty-two militants were also killed by the security forces. (MORE) Nineteen were killed in a single attack on September 18

when a fidayeen group attacked an Army infantry battalion near Line of Control (LoC) in Uri area of north Kashmir's Baramulla District.

Four militants were also killed in the encounter.

Eleven days after the Uri attack, the army, for the first time, made it public that its special forces crossed the LoC into Pakistan-Occupied Kashmir and destroyed several militant camps in which over 40 ultras and their sympathisers were killed.

However, two months after the surgical strikes, another fidayeen attack happened on November 29 in Jammu region when three militants stormed an Artillery Unit of the Army at Nagrota.

In December, militants once again struck at Srinagar-Jammu national highway when on December 17 they attacked an army convoy at a crowded place at Pampore, killing three soldiers and injuring two others.

There were 104 ceasefire violations -- 92 at LoC and 12 at International Border -- in which 13 security forces were killed besides 14 civilians.