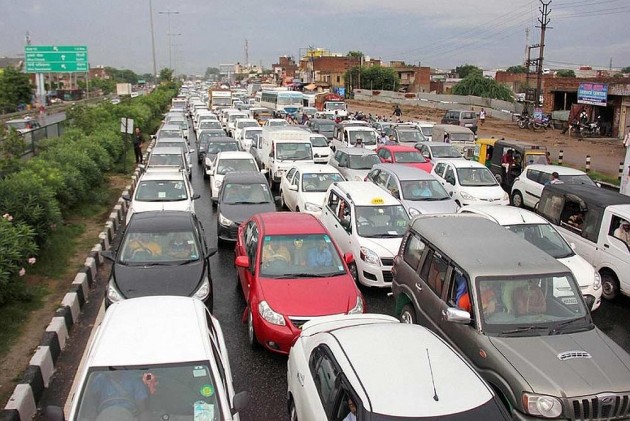 Union Road Transport Minister Nitin Gadkari today said 30 per cent of the driving licences in the country are bogus.

He was addressing the grand finale of 'Smart India Hackathon 2017'.

The Minister also said it will be made mandatory for Regional Transport Office (RTO) to issue licence within three days of a person clearing the driving test.

"Information of the licence holder will be available across the nation and he/she will not be able to register bogus licences anywhere. Now any person, small or big, will not get the licence without clearing the driving test," said Gadkari.

The senior BJP leader also informed that 28 driving examination centres have been opened and 2,000 more will come up.

"If the RTO does not issue the driving licence within three days of the test, then action will be taken against the RTO. This will facilitate transparency and corruption free work.

"Similarly, cameras will be installed at traffic signals which will reduce the need for physical presence of policemen", he said.

"Engineers are responsible for 50 percent of the road accident deaths. The wrong designs of road engineering is a matter of concern," he added.

The Cabinet yesterday approved the amendments in the Motor Vehicles (Amendment) Bill, 2016.